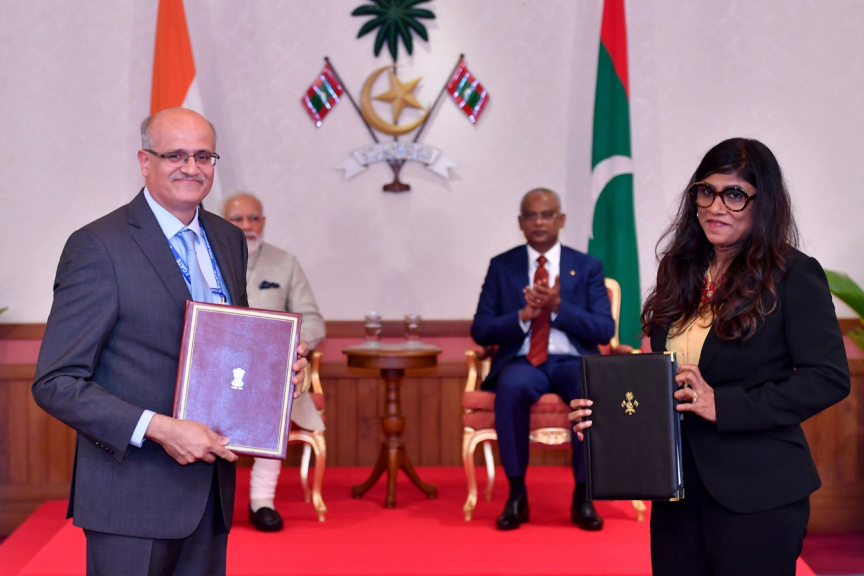 Parliament, on Monday, has declared that the agreements made between Maldives and India will not threaten the independence and sovereignty.

A case was submitted to the Parliament’s Committee on National Security Services (241 Committee) to review the agreements made between the Government of Maldives and India. Following their probe into the case, the Committee also declared that there were no alarming provisions.

In the report formulated by the Committee following their probe, they said to have taken no note of any provisions which may threaten the independence and the sovereignty of Maldives in the agreements – adding that if the provisions in the agreements are fully implemented, it would be extremely beneficial to Maldives and its people.

Amendments proposed by opposition not passed

The opposition coalition had proposed three amendments to the report formulated by the Committee.

Online mediums preaching other religions to be blocked