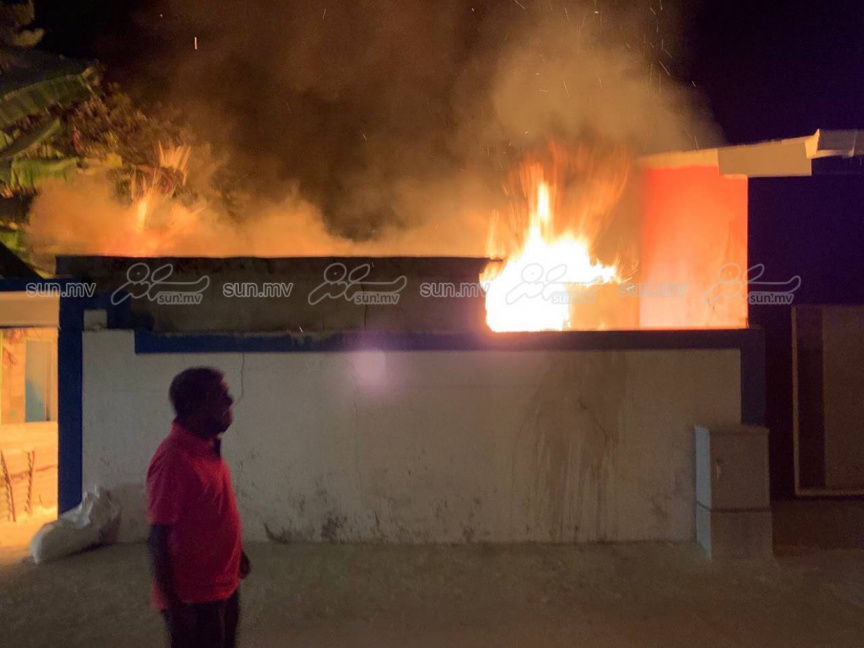 A fire has broken out at a house in M. Muli.

Muli Council’s president Shamoon Rameez told Sun the fire broke out at approximately 07:10 pm on Sunday, inside a kitchen built separately at the house Maafahi to cook fish.

The fire is now under control.

No one was injured in the incident.

Shamoon said that two water tanks – one kept in the next room and the other inside the house – were also burnt beyond use in the fire.

Muli Airport project awarded to be completed in a year

Police investigate death of a young woman in Muli