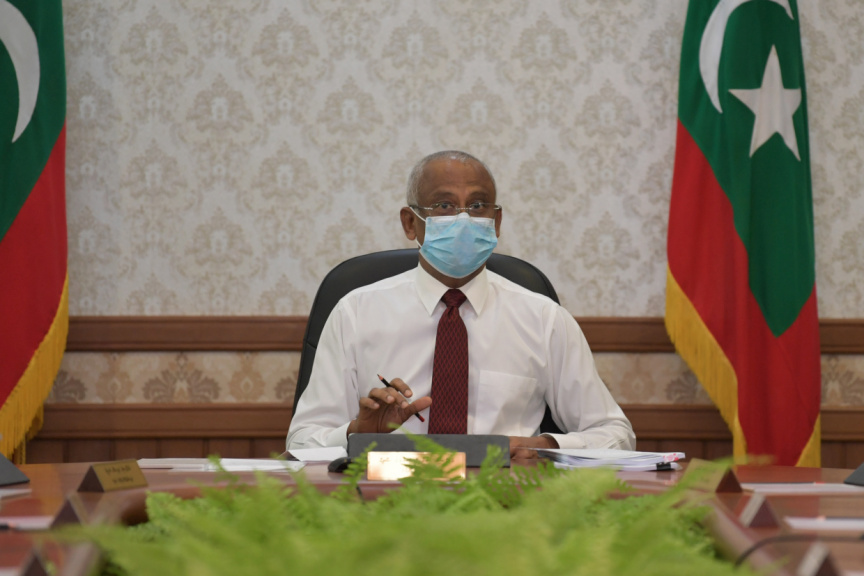 President Ibrahim Mohamed Solih said on Saturday that the new COVID-19 variant was of great concern to Maldives, and announced plans to ramp up vaccinations and take additional precautionary measures.

The statement comes a day after World Health Organization (WHO) named the new variant, detected in South Africa, as “omicron”, and classified it as a highly transmissible virus of concern, the same category that includes the predominant delta variant.

“News of a new Covid variant, Omicron is of great concern to us,” said President Solih, in a tweet on Saturday morning.

He said that the Technical Advisory Group was meeting later to decide on possible precautionary measures.

President Solih also noted that Maldives was currently administrating COVID-19 vaccine booster shots to people aged 50 years and above, and urged those eligible to get their booster shots as soon as possible.

He also announced that booster shots for frontline workers in the healthcare sector, tourism sector, as well as airport workers would begin this week.

Meanwhile, booster programs for the general population will begin in mid-December, he said.

Omicron, first reported on November 24, has now been seen in travelers to Belgium, Hong Kong and Israel, as well as in southern Africa.

United States, Canada, Russia and a host of other countries have joined the European Union in restricting travel for visitors from Africa.

Neighboring Sri Lanka has also imposed a ban on travelers from many countries in Africa.

Experts believe the new variant emerged due to the low vaccination rate in Africa.

Fewer than 6 percent of people in Africa have been fully immunized against COVID-19, and millions of health workers and vulnerable populations have yet to receive a single dose.

The situation has been blamed on inequality in vaccine rollouts, with richer countries hoarding vaccines.

Omicron’s actual risks are not understood. WHO said that early evidence suggests it carries an increased risk of reinfection compared with other highly transmissible variants. That means people who contracted COVID-19 and recovered could be subject to catching it again. It could take weeks to know if current vaccines are less effective against it.

Medical experts, including the WHO, has warned against any overreaction before the variant was thoroughly studied.