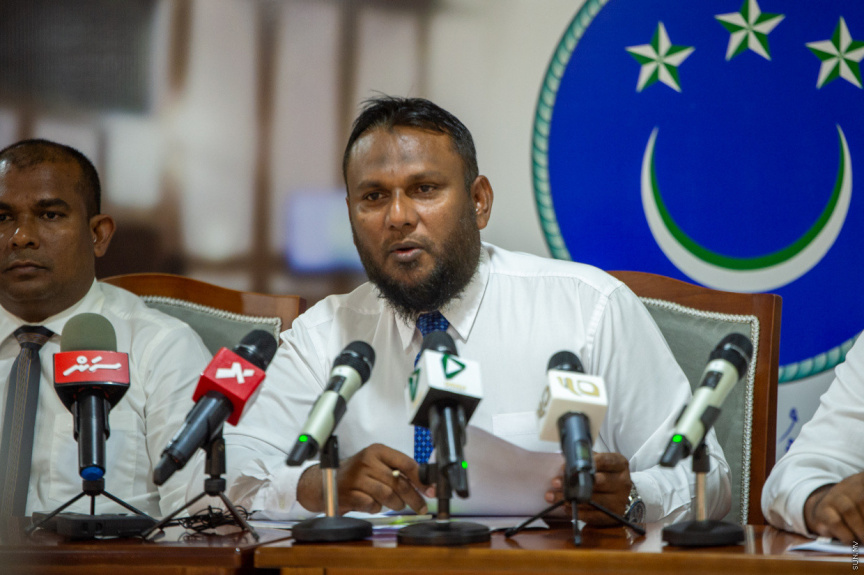 Parliament’s Petition Committee’s report has stated that although the Drug Court requests National Drug Agency (NDA) to carry out many assessments pertaining to different cases – NDA does not have capability to carry out such assessments.

The report was formulated by the Committee following their investigations regarding the ‘Change NDA Petition 2020’ by Hands Together NGO, sponsored by South Mahchangolhi MP Ahmed Haitham, submitted with the signatures of 1050 people.

In this regard, the report states that with the increase in cases submitted to the Drug Court, NDA is incapable of conducting assessments in all these cases.

The Committee also noted in its report that NDA only has five counsellors to conduct the many assessments requested by the Drug Court, which is proven difficult. Hence, as one month is required to finish every case, the Committee has recommended extending this period.

It was also noted in the report that Maldives Drugs Act (Law No. 17/2011) is formulated based on the system enforced in New South Wales – which requires a counselor and a police officer to be present in addition to the judge when a case is ongoing at the Drug Court.

Nevertheless, the report says that these are separate institutions in the Maldives – adding that when one institution concludes a report and sends it to another, they are unaware of what needs to actually happen next.

Thus, the report said that this causes defendants in drug-related cases to be tangled amongst the institutions as cases prolongs.

The report also states that to enter the Drug Court system, individuals from across the country comes to Male’ City, after which they have to stay a long time in the city, without commencing their treatment – paving way for them commit additional offenses.

In addition to this, the report notes the revised Criminal Procedure Code by the Supreme Court implies that that deciding on the remand of persons arrested under suspicion of drug-related offenses is under the jurisdiction of the Drug Court.

However, the report states that this is not clearly stated, and even if so, the Drug Court does not have the capacity to implement this.

Highlighting that an expert committee is required to provide assistance to the Drug Court as per Article 45 of the Drugs Act – the report stressed that the committee is not cooperative. It also added that should proper assistance have been rendered by the Committee, the work can be carried out more efficiently.

As per Petition Committee’s report, a total of 2223 persons have been released by the Drug Court following completion of treatment.

The Committee said that they have conducted a research on the changes to the criminal records of 200 such persons before the court had a rehabilitation order issued against them and after the date of their release following treatment.

In this regard, their criminal records two years prior to the court ordering rehabilitation and their criminal records two years from the date which they were released after treatment were analyzed. The report says that their finding shows that 114 of individuals has committed different offenses prior to the rehabilitation order, whereas the amount was slashed down to 63 within the two years following treatment.

The Committee also conducted a research on individuals who have repeatedly sought treatment – in which they note in their report that although the Drugs Act allows chances for treatment for those who are repeatedly seeking it, the reason why they have relapsed must be identified.

It was recommended in the report that it is important that a designated third institution conducts a thorough assessment of the successes of work carried out collaboratively by the Drug Court and NDA.

Petition Committee’s Chairperson, Mulaku MP Ibrahim Naseer said that the state had allocated a huge budget to NDA within the past five years, to tackle the issue of drugs. He stressed that having no success despite this, is hard to believe.

Amount returned as excess, after the year ended

Chairperson Naseer said that the huge amount of budget released for NDA for expenditure on rehabilitation treatments had shocked the Committee members.

He further added that although such a huge amount of money has been spent by the state – those who are seeking treatment with NDA have no access to even a water bottle and that volunteers who work there are not provided food.

He stressed that there will be responsible persons behind such negligence, and such person needs to be identified.