Parliament approves overdraft extension; allows MVR 2.5B to be interchanged to a bond 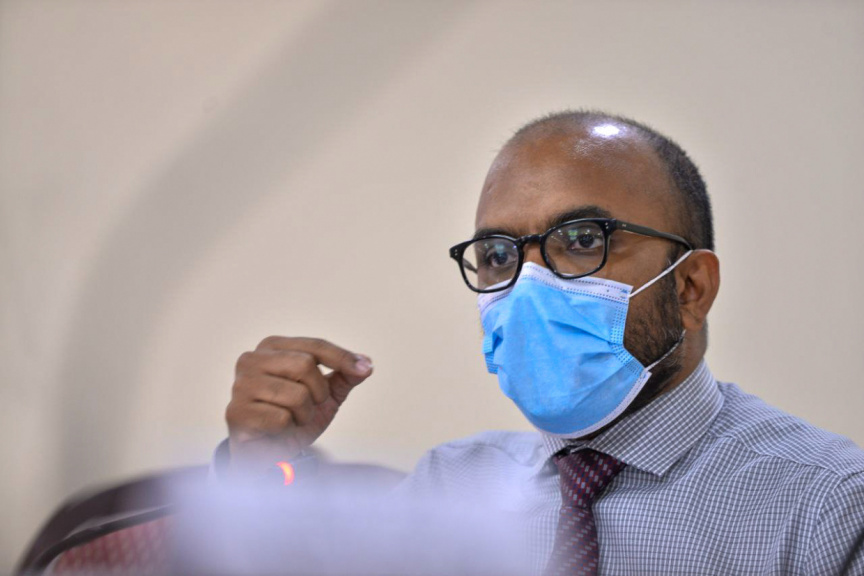 The Parliament, on Monday, has approved Finance Ministry’s request to extend the period the government is authorized to overdraw from the public bank accounts until April 2023.

Starting from last year, the implementation of Article 32 (a), (d) and (e) of the Fiscal Responsibility Act have been suspended.

The overdraw was first granted last year with a limitation of MVR 4 billion, due to the adverse economic effects on the economy arising from the COVID-19 pandemic.  Following the expiration of this period on  April 25, 2021, at the request of Finance Ministry, the Parliament extended the period to April 25, 2022.

With Finance Ministry requesting an additional extension, Parliament’s Public Accounts Committee has made amendments to some of the points proposed by the Ministry. In this regard, although the Finance Ministry had requested that the extension be granted until April 26, 2023, the Committee had decided to extend this for the whole of that year.

In addition to this, the Committee had decided to reduce the MVR 3.5 billion limitation proposed by Finance Ministry to MVR 2.5 billion.

On this note, Nashiz had proposed that MVR 2.5 billion from the amount overdrawn from public bank accounts as of this year, be securitized, and interchanged to an amortized bond issued by MMA to the government for a period of 50 years. He also proposed that the bond’s coupon rate be set at 2.5 percent.

The second change Nashiz proposed is to charge an interest rate of 0.1 percent per year from the amounts overdrawn from public bank accounts per day, starting from next January.

These changes proposed by Nashiz were supported by Hulhudhoo MP Ilyas Labeeb. The changes to the report were passed by the unanimous vote of the 41 parliamentarians who took part in the vote.