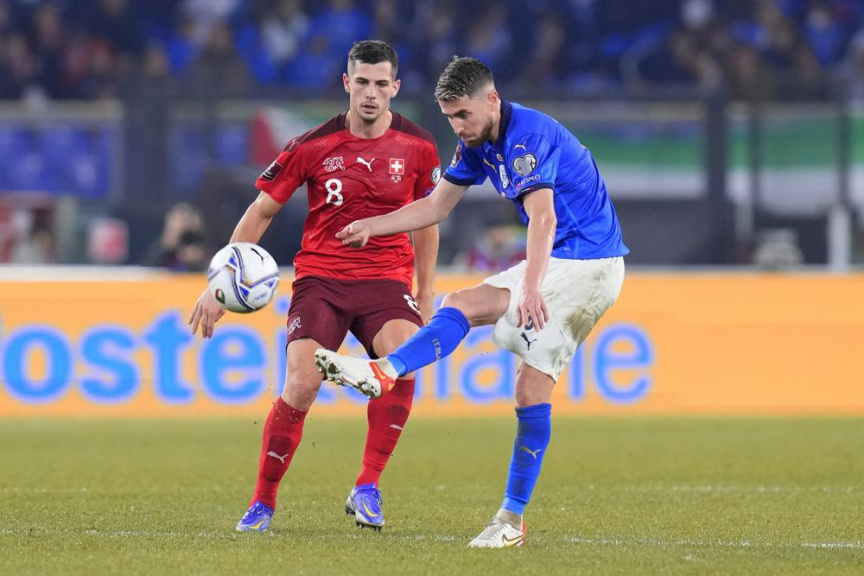 ZURICH (AP) — Chelsea won the Champions League and England reached the European Championship final, but no Englishmen are on the nomination lists for FIFA’s annual awards published on Monday.

Jorginho, a double European champion with Chelsea and Italy, was joined by club teammate N’Golo Kanté among 11 candidates to be voted FIFA’s best player in the 2020-21 season.

The winner of the women’s award last year, England defender Lucy Bronze, is nominated again and the 13 candidates include her national and Manchester City teammate Ellen White.

Olympic gold medal-winning Canada has just one candidate, veteran forward Christine Sinclair, 19 years after she was first voted into the top 10.

No player was nominated from the United States team which took bronze at the Tokyo Olympics.

A men’s list dominated by forwards was completed by Mohamed Salah, Kylian Mbappé, Erling Haaland, Kevin De Bruyne, Karim Benzema and Neymar in the nominations by a FIFA-appointed panel.

There are no defenders or goalkeepers in contention for the main FIFA award, though goalkeepers have their own separate award.

Italy’s Gianluigi Donnarumma, who was named player of the tournament at Euro 2020, is among the five goalkeeping candidates.

Robert Mancini, who led Italy to the European title, is among seven candidates for the men’s coaching award that include Chelsea’s Thomas Tuchel and Lionel Scaloni, whose Argentina team won the Copa America.

Two men and three women are in contention to be the best coach in women’s football. They include Bev Priestman of Canada, Lluís Cortés of European champion Barcelona, and Emma Hayes of runner-up Chelsea.

Votes in all categories from national team captains and coaches, fans and media worldwide will be collected through Dec. 10.

A virtual ceremony will be held on Jan. 17 remotely, because of the COVID-19 pandemic, from FIFA headquarters in Zurich.

Ahead of the awards, three-candidate shortlists will be announced for each award, FIFA said.

Pochettino ‘so happy’ at PSG amid links with United job