President: Construction of Gan cancer hospital will begin next year 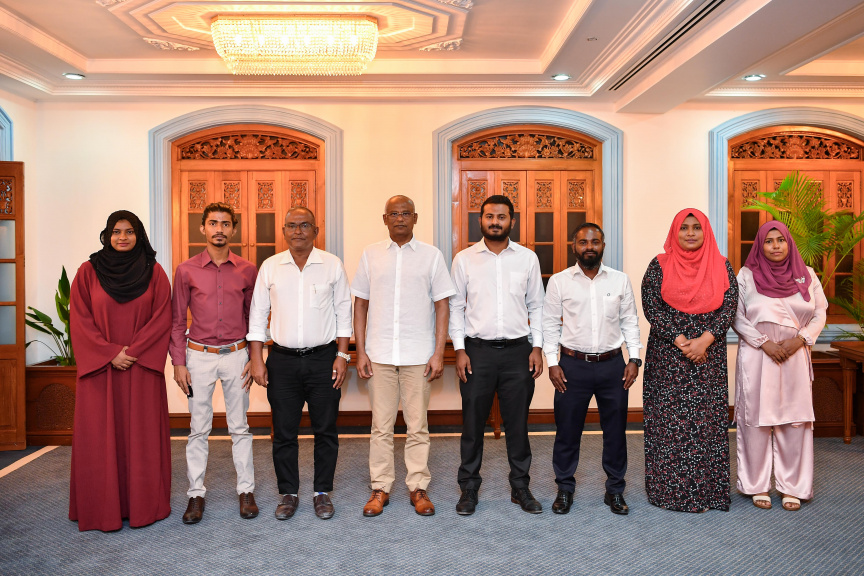 President Solih made the statement in a meeting with members of Gan Council to discuss the developmental needs and concerns of the island’s residents.

The meeting took place at the President’s official residence, Muleeaage, on Saturday afternoon.

At the meeting, the councilors said that mega projects like the cancer hospital project and the international airport development project planned for Gan demonstrated the importance the government gave to the island's development.

The councilors noted that there were a number of projects in Gan budgeted for next year, and asked that the government commence work on the project as soon as possible.

Additional subjects discussed at the meeting included the opinions of the residents and council on the need for housing projects, road development projects, beach protection projects, solving the space limitations in schools, the need for upgrading health services, water and sanitation needs and other developmental initiatives.

At the meeting, President Solih shared the latest updates on some projects planned for Gan.

He also said that additional projects would be carried out on the island under the government's vision and that he would meet with relevant ministries to address the council’s concerns.

The meeting was also attended by Gan MP Mohamed Wisam.