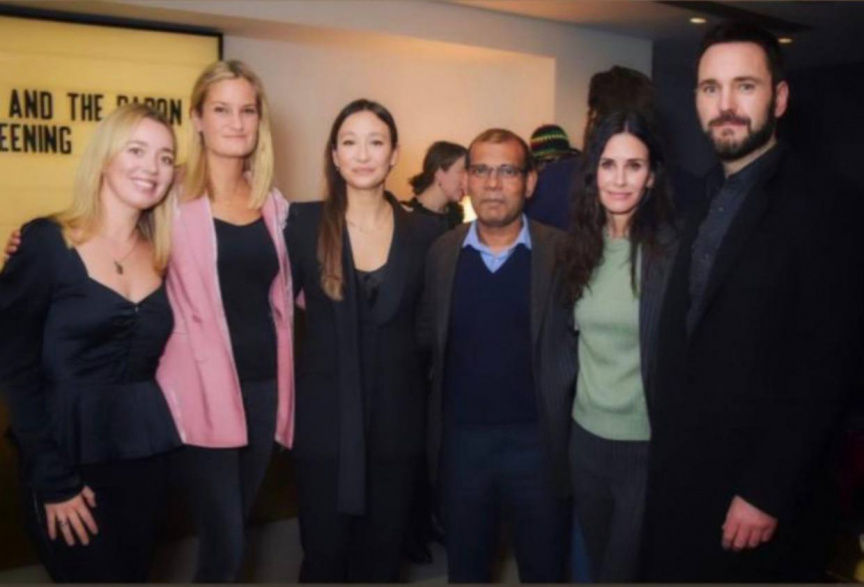 A photo that has caught the attention of Maldivians today is one of Parliament Speaker Mohamed Nasheed, posing next to hit sitcom Friends’ star, Courtney Cox.

The photo taken with Nasheed, alongside four other people, was shared on Cox’s Instagram story.

The photo was taken during a screening of the upcoming short film ‘Sophie and the Baron’. Sophie and the Baron examine the friendship between iconic photographer Baron Wolman and up-and-coming artist Sophie Kipner and their artistic collaboration that transcends eras and mediums.

Cox is one of the producers of the short film.

However, it is unclear as to how Nasheed was invited for a screening of the film.

Cox is amongst the main cast of the sitcom Friends, which aired from 1994 to 2004. She portrayed the character, Monica Geller, on the show. She has garnered much love from the public for her role.

Since traveling to Scotland to take part in COP26, Nasheed has remained in the UK, alongside his family.