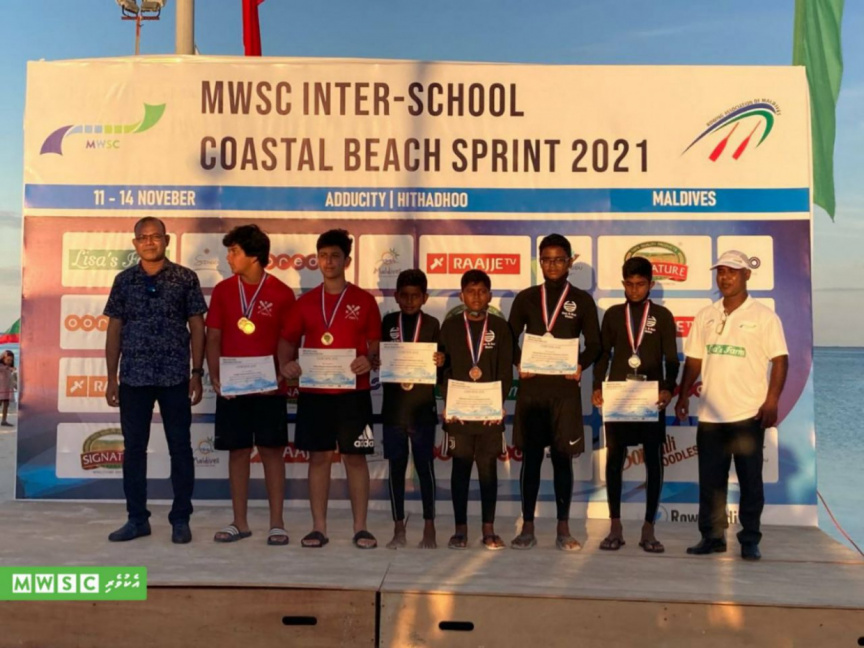 The MWSC Inter-School Coastal Rowing Beach Sprint 2021 organized by the Rowing Association of Maldives and sponsored by Male' Water and Sewerage Company (MWSC) has come to a conclusion.

The four-day event was held at Addu city from 11-14 November.

A total of 150 students and 80 teachers from five schools participated in this sprint along with 20 athletes from four clubs.

Managing Director of MWSC Hassan Shah handed out medals and certificates to winning participants during a gala dinner night held last night to celebrate the closing of the tournament.

The ceremony was also attended by former Bilehdhoo

According to MWSC, the aim of sponsoring this sprint was to teach rowing to children and youngsters and to encourage them to take part in the sport of rowing. The company also shared that the competition will help develop competitive and talented rowers and will also provide them the opportunity to participate in international rowing competitions such as the Asian Coastal Championship that is to be held next year.

Further, MWSC mentioned that competitions like these will help the sport to flourish and also, lead the way for the formation of a national rowing team in the future and establish a rowing national record rank in the country.

MWSC’s successes attributed to its staff!