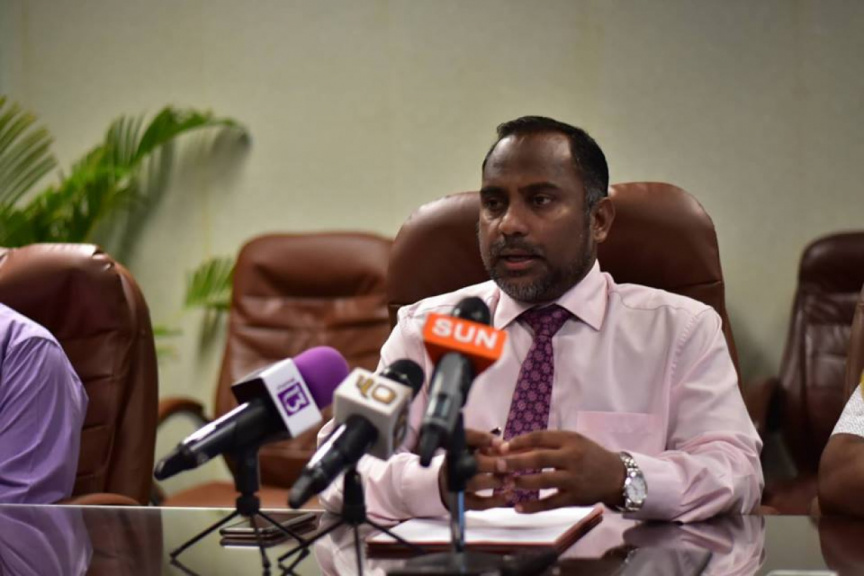 The State has decided to appeal the corruption case raised against former Islamic Minister Dr. Ahmed Ziyadh Bagir – which was ruled in his favor by the Criminal Court.

Dr. Ziyadh was charged after the Anti-Corruption Commission (ACC) had concluded after an investigation that the agreement which was made between the Ministry and SJ Construction regarding the construction of Zikra Mosque included matters which opens gateways for corruption.

During a press conference held by the Prosecutor General’s Office today, Prosecutor General (PG) Hussain Shameem said that it has been decided that the corruption case raised against Ziyadh at the request of ACC, which was ruled in his favor, would be appealed.

“We are not satisfied with that decision. We have decided that we will appeal the decision to High Court. The appeal will be lodged at High Court within this week,” he had said.

PG Shameem said that the Maldives should only have the Auditor General’s Office and the Finance Ministry as per the Criminal Court’s ruling on the case.

“No other institution should exist. The responsibilities of any ministry is not evident in the judgement when I read it. It makes no sense. That is now how the constitution and the laws are interpreted,” he had said.

Concluding their investigation – ACC said that the agreement with SJ Construction in the project was unfavorable to the state and brought unfair advantages to the company. The agreement for the project was also against the proposal which also meant that losses were incurred by the state.

ACC’s investigation also found that Ibrahim Abdulla Saeed and SJ Construction had a connection that dictates a conflict of interest.

Judge Mohamed Misbaah who presided over the case stated in the judgment that when the Ministry had noticed the mistake in the agreement pertaining to the number of floors – they had tried to rectify the mistake which can be proven by statements of two witnesses. He also added that the state had failed to present any evidence which could indicate that the mistake was made on purpose.