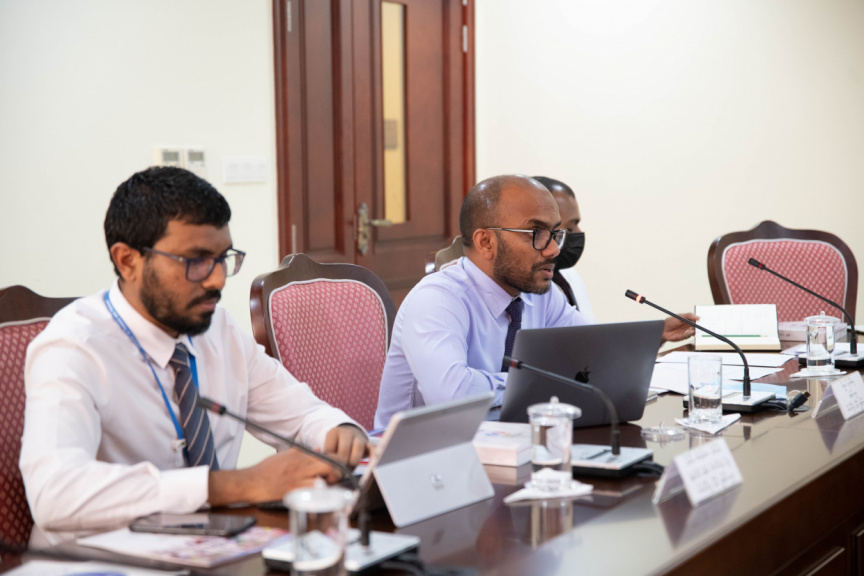 Finance Minister Ibrahim Ameer has stated that the allocations for independent institutions in the proposed budget for next year, cannot be increased even if they request so.

Following the deliverance of 2022 budget statement, some independent institutions had requested that amounts allocated to them in the budget be increased.

Whilst 17 independent institutions have met with the Parliament’s Budget Committee – requesting their allocations be increased – Minister Ameer had also met with the Committee today.

Responding to a question posed by a member of the Committee, Minister Ameer said that the proposed budget at present, is the highest possible the government can go for in the light of the current economic situation.

“The state has directly lost approximately MVR 36 billion to MVR 40 billion in income starting from the budget passed for the year 2021 till the end of 2023,” he had said.

Noting that the budget had many issues – Minister Ameer said that discussions have been held with independent institutions regarding such issues.

“As I see it, it will be difficult to increase the budget allocations for these institutions at the moment,” he had said.

Speaking further, Minister Ameer said that taxes must be increased in order to increase the revenue.

“The revenue which will be generated next year from GST and TGST is estimated in the budget. There will be no other revenue sources apart from those. Will have to take loans,” he added.

However, Minister Ameer noted that even whilst taking loans, it should be done so in consideration of capacity and in accordance with the fiscal strategy.