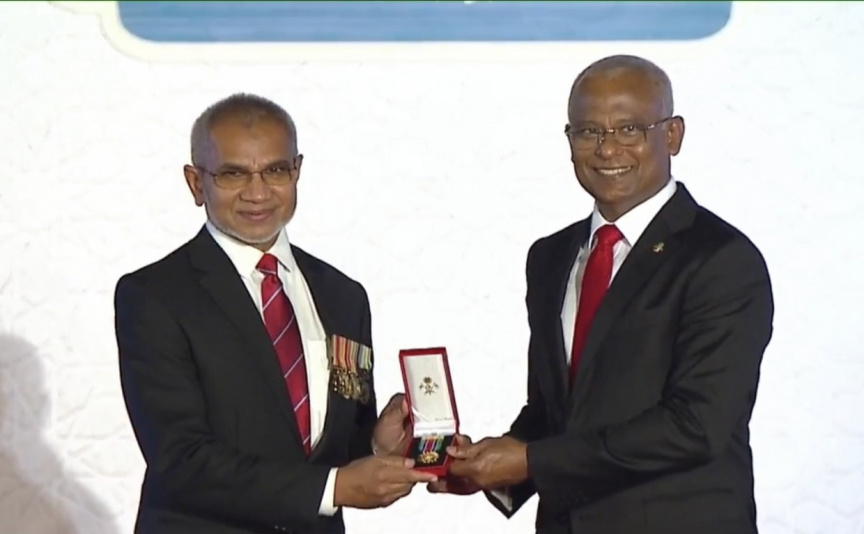 The National Award for Public Service has been conferred to 117 long-serving public employees.

The 117 recepients were presented with the award by President Ibrahim Mohamed Solih at the official ceremony to mark Maldives’ 54th Republic Day on Wednesday evening.

The National Award for Public Service is the most prestigious award conferred by the President to individuals who have served the nation for over 35 years and are observed as diligent and steadfast workers who have contributed towards the development of their respective fields.

Five of the recepients were honored for over 50 years of public service.

Adam Shareef was honored for over 38 years of public service, 35 of which he spent serving the education sector.

The National Award for Public Service is to be conferred annually at the official ceremony to mark Republic Day. However, as the award was newly announced and considering the large number of recipients, the government has announced that half of the awards will be presented at the official function to be held later this year to mark National Unity Day.

13 officers charged in torture of children at shelter