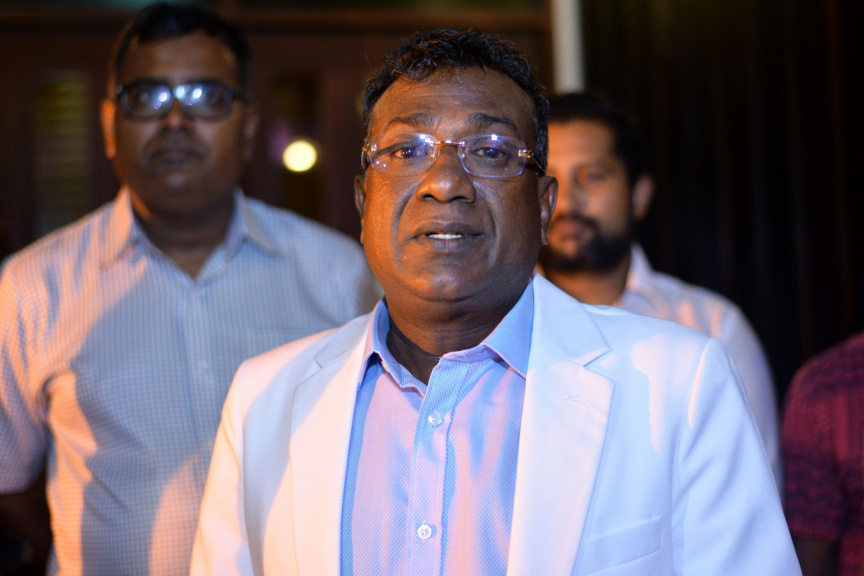 The decision follows disputes between the DRP leader and residents of Mathiveri – where he has developed a guesthouse.

Jabir told Sun on Saturday evening that he has decided to divert some of the investments he has planned for Mathiveri to Himandhoo.

“The people of Himandhoo have extended me a warm welcome. So, I have diverted some of the investments I have planned for Mathiveri to Himandhoo. I have just discussed developing a resort in the Himandhoo lagoon with the local council. There’s such support for DRP in Himandhoo,” he said.

Jabir said that despite engaging in discussions, developing a resort would be costly, and he has therefore decided to invest USD 25 million in Himandhoo to develop a city hotel.

“I am making a MVR 25 million investment in Himandhoo. Its far more expensive to develop a resort. It comes at around USD 600,000-700,000 per room. It I was to develop a guesthouse or city hotel; it could be done at a comparatively lower cost. We have decided to develop a 250-room city hotel in Himandhoo. I discussed it with the council today,” he said.

Jabir said the Himandhoo Council welcomed his plans, adding that they want development and prosperity for the island.

Himandhoo Council’s vice president Zainal Ibad told Sun that Jabir told the council that he was interested in developing a city hotel in the island, and had submitted a letter requesting for a plot of land for the project.

He said that the council will provide necessary cooperation with respect to the investment.

Zainul Ibad said that though Jabir has expressed interest in developing a city hotel in Himandhoo, it can only be done through an open tendering process.

“It cannot be awarded without bidding, even if Jabir said that. We will need to open bidding. We plan on awarding it to the party which wins,” he said.

Jabir’s decision to divert investments to Himandhoo follows conflicts between him and residents of Mathiveri.

A case arose in Jabir’s guesthouse in Mathiveri, Casa Mia Maldives, on Thursday, involving the assault of a man. Police have arrested two suspects in connection to the case, one of them Jabir’s younger brother Ali Asrar.

Meanwhile, police are also investigating a fire which broke out inside Casa Mia Maldives’ engine room on early Saturday – which Jabir’s son - who is in charge of managing the guesthouse - believes to have been deliberately set.

The fire at Casa Mia Maldives, three years after the guesthouse suffered massive damages in a similar incident, came as it prepares to open in December.

'Incorrect beliefs in name of Islam a great challenge'