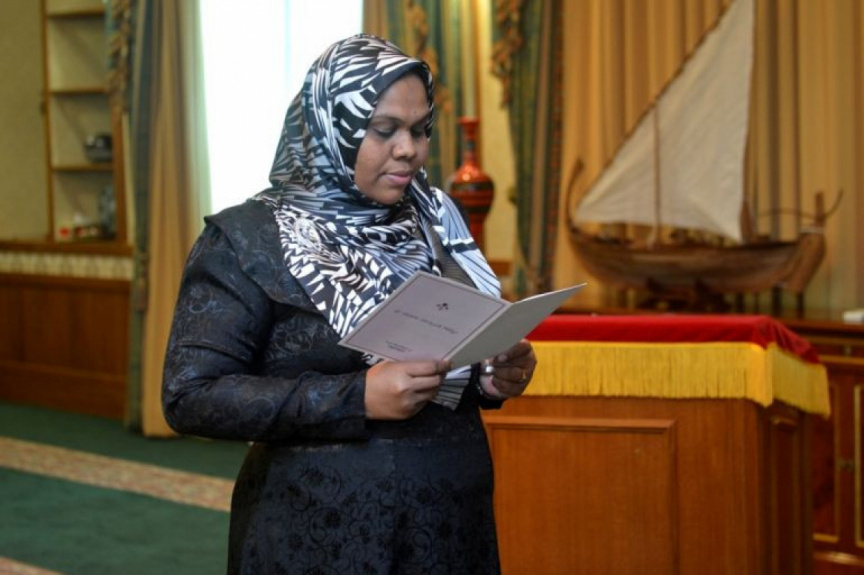 She holds a Master of Business Administration from Edith Cowan University, Australia. She had previously served as the CEO of HR Maldives, as a member of the Employment Tribunal, in the Police Integrity Commission, and in various positions within the Defense Ministry.

Adhuham, meanwhile, was appointed to HRCM on September 8, 2020.

He holds a Doctor of Philosophy in Law (International Law) from the University of Wollongong, Australia. He previously served as a Lecturer for Public International Law at Villa College. He is also a recipient of the President's Award for Achieving the Highest Academic Qualification, and of the Australia Leadership Award.

The appointment of a President and Vice President to HRCM had remained delayed due to failure to meet the legally mandated number of members at the commission. HRCM met the requirement for a five-member commission with the appointment of Samau Ahmed Najeeb earlier in October.