MP Jabir: Will go to Supreme Court to remove Shahid as Foreign Minister 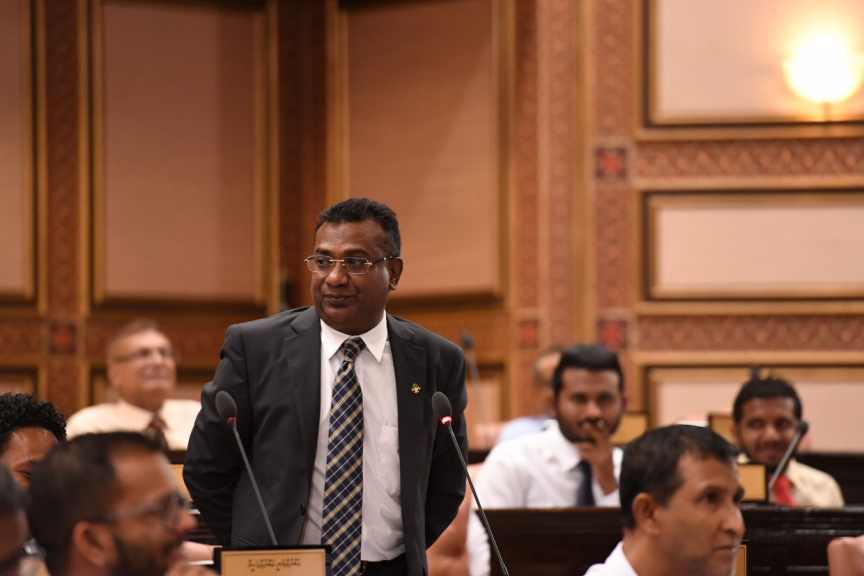 Kaashidhoo MP Abdulla Jabir has stated that he will file a case at Supreme Court in order to remove Abdulla Shahid from his post as the Foreign Ministry.

Whilst debating on Foreign Service Bill at the parliamentary session held today – MP Jabir said that a Foreign Minister is the individual that connects Maldives with foreign countries.

Underscoring that “Foreign Minister Shahid was now at the United Nations” in reference to him being the President of the 76th Session of the United Nations General Assembly – MP Jabir said that chances to not be given to govern this country “like this kind of a joke”.

MP Jabir also raised questions as to whether Shahid can undertake his duties as the Foreign Minister whilst based at the United Nations. On this note, he said that should the duties not be carried out – Minister Shahid should be removed from his post.

Responding to the remarks made by MP Jabir – Vilifushi MP Hassan Afeef who was presiding over the session said that representing the Maldives at the United Nations is a great chance to enhance diplomatic ties established between the Maldives and other countries.

He also added that foreign services can be rendered whilst based at the United Nations as well.

Debating on the Foreign Service Bill at today’s parliamentary session – a lot of opposition MPs had highly criticized Minister Shahid.