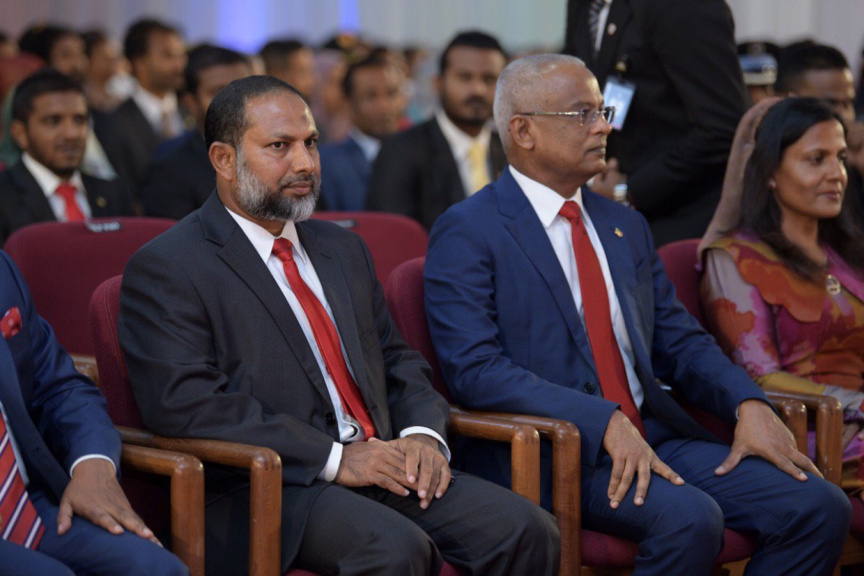 Maldives Police Service has been reverted back to Home Ministry’s oversight.

A letter informing the same has been sent to Home Minister Imran Abdulla – signed by the President’s Office’s Chief of Staff Ali Zahir.

The decision comes after the leak of a letter sent by the President’s Office to the Home Ministry dated October 14 – informing that Maldives Police Service has been removed from their oversight has riled up the public.

Ali Zahir’s letter sent to Home Minister Imran today had instructed to make all necessary arrangements required to undertake the duties as the Minister overseeing all operations pertaining to Maldives Police Service, and ensuring that the operations are in adherence to the Police Service Act.

In addition to this – the letter also instructed coordinate with the other relevant institutions for the purpose.

The earlier decision to remove Maldives Police Service from Home Ministry’s oversight had targeted criticism towards the government.

In this regard, former Home Minister Umar Naseer said that the Maldivian Constitution stipulated that each security service shall be under the oversight of a Minister- who shall be answerable for its operations to the President and the Parliament.

“When the constitution states this in clear words – Maldives Police Service cannot be removed from Home Ministry’s oversight,” he added.

Following the leak of the letter – Minister Imran had also made an ambiguous tweet that read that obstructions will be faced when trying to better things.

“Facing a multitude of obstructions when trying to better things is natural. Success can be attained by people who find it in themselves to overcome the obstructions faced in order to move forward,” the tweet read.