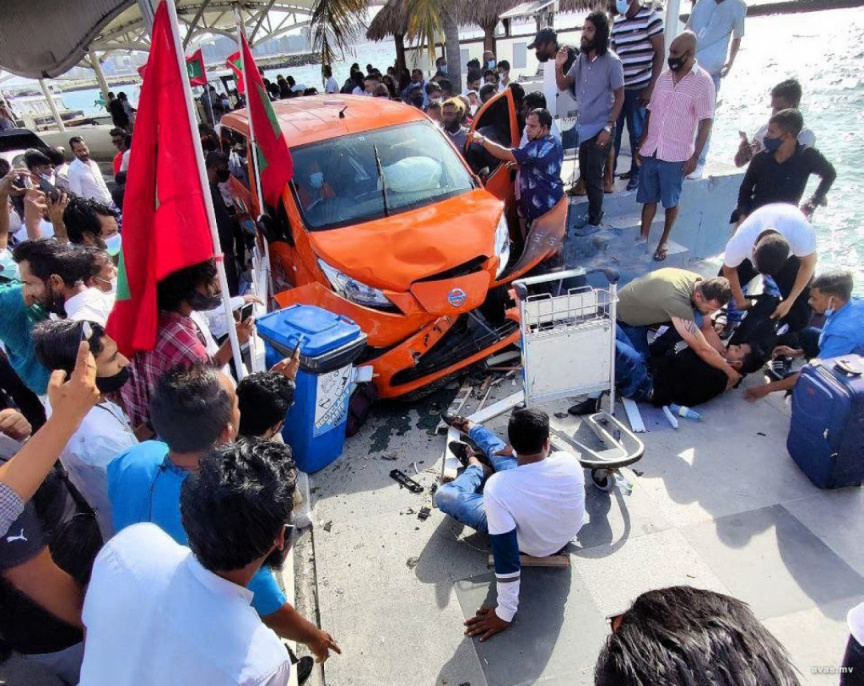 A car accident that occurred at Velana International Airport has left three injured.

A media official from Maldives Police Service said that the accident occurred when a car being driven at the airport had lost control – and broke through a fence into the walkway. They were reported the accident at around 15:28 this evening.

“Ribcage shattered of man who died trapped by boats'