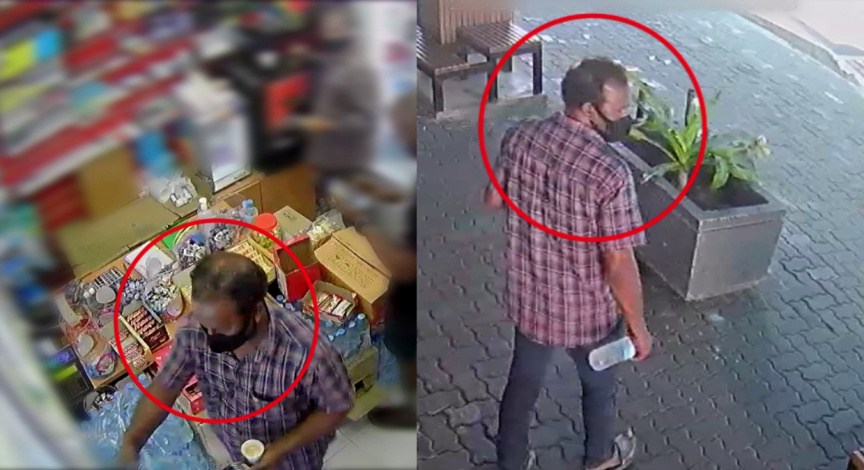 Screenshot from CCTV footage publicized by the Police to seek help in identifying man suspected of theft of Nintento Switch. (Photo/Maldives Police Service)

According to the Police, the man in the video is suspected of stealing a Nintendo Switch which was kept on a bench outside Hulhumale’ Ferry Terminal on June 20.

Noting that the theft was being investigated by the General Investigation Department – the Police detailed that despite their efforts, they have been unable to identify the man so far.

Therefore, the Police have asked any individual with information regarding the man captured in the CCTV footage to come forward – instructing them to call the General Investigation Department at 9631696.

The Police also thanked the public for their assistance in such appeals.