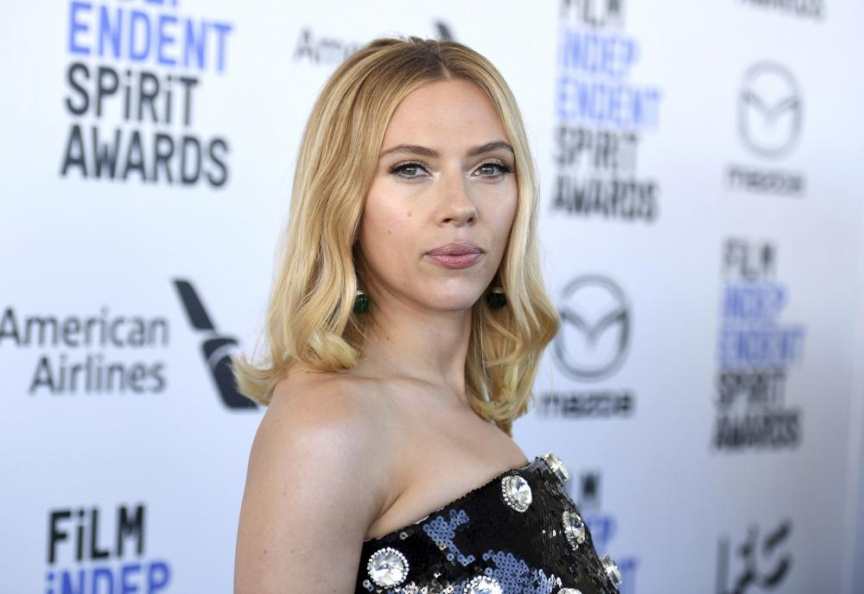 LOS ANGELES (AP) — Scarlett Johansson and the Walt Disney Co. on Thursday settled her lawsuit over the streaming release of “Black Widow,” bringing a swift end to what had begun as the first major fight between a studio and star over recent changes in rollout plans for films.

Johansson filed the lawsuit in Los Angeles Superior Court two months ago, saying the streaming release of the Marvel movie breached her contract and deprived her of potential earnings.

Terms of the deal were not disclosed, but the two sides released a joint statement in which they pledged to continue working together.

“I am happy to have resolved our differences with Disney,” said Johansson, who has played Natasha Romanoff aka Black Widow, in nine movies going back to 2010’s “Iron Man 2.” “I’m incredibly proud of the work we’ve done together over the years and have greatly enjoyed my creative relationship with the team. I look forward to continuing our collaboration.”

Alan Bergman, chairman of Disney Studios Content, said he is “pleased that we have been able to come to a mutual agreement.”

“We appreciate her contributions to the Marvel Cinematic Universe and look forward to working together on a number of upcoming projects,” Bergman said.

The lawsuit said Johansson’s contract guaranteed an exclusive theatrical release, with her potential earnings tied to the box office performance of the film.

But as it has with other recent releases since the coronavirus pandemic began, Disney released the film simultaneously in theaters and through its streaming service Disney+ for a $30 rental.

The rhetoric of the lawsuit and Disney’s response suggested a long and ugly battle was ahead.

“In the months leading up to this lawsuit, Ms. Johansson gave Disney and Marvel every opportunity to right their wrong and make good on Marvel’s promise,” the lawsuit said. “Disney intentionally induced Marvel’s breach of the Agreement, without justification, in order to prevent Ms. Johansson from realizing the full benefit of her bargain with Marvel.”

Disney at the time said the lawsuit had “no merit whatsoever,” adding that it was “especially sad and distressing in its callous disregard for the horrific and prolonged global effects of the COVID-19 pandemic.”

Disney said the changed release plan “significantly enhanced her ability to earn additional compensation on top of the $20M she has received to date.”

Delayed more than a year because of COVID-19, “Black Widow” debuted to a what was then a pandemic-best of $80 million in North America and $78 million from international theaters on July 9. But theatrical grosses declined sharply after that. In its second weekend in release, the National Association of Theater Owners issued a rare statement criticizing the strategy.

Revised hybrid release strategies have occasionally led to public spats between stars, filmmakers and financiers who are unhappy with potential lost revenues and their lack of say in such strategies.

But none were as big or as public as Johansson’s lawsuit.