Government: Ali Waheed’s claims are unfounded, no such evidence exists 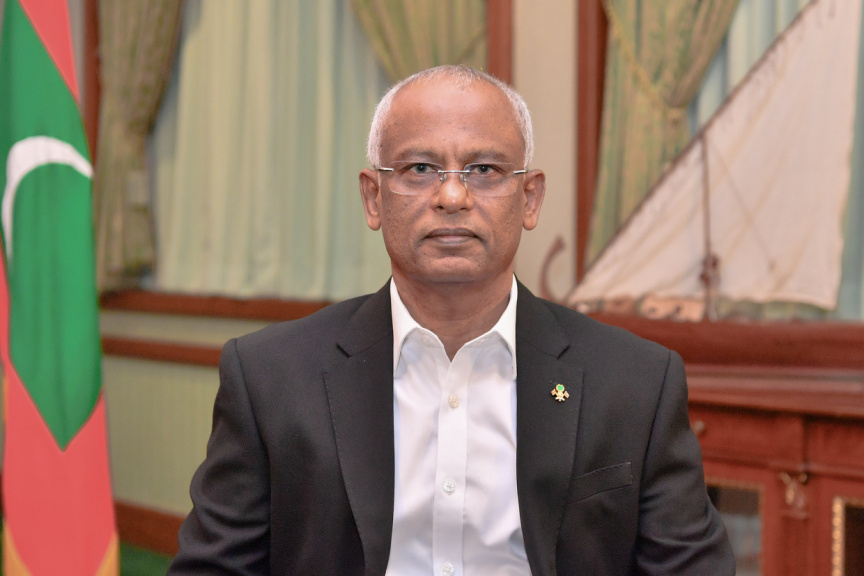 The Government has stated that former Tourism Minister Ali Waheed’s claims that President Ibrahim Mohamed Solih is a beneficiary of the MMPRC graft scandal – is completely unfounded.

During a press conference held last night, Ali Waheed, who is current on trial for multiple allegations of sexual misconduct, stated that President Solih – who had been the leader of MDP’s parliamentary group back in former President Yameen Abdul Gayyoom’s administration – had smuggled over MVR 35 million in a black bag connected to MMPRC’s graft scandal.

When Sun had asked for a comment regarding Ali Waheed’s statement – Spokesperson at the President’s Office, Mabrook Azeez, stressed that President Solih has also previously said that nothing which may compromise him or his position will exist. He also noted that President Solih urges to disclose evidence that may – if it actually exists.

Mabrook also raised questions as to the intentions of Ali Waheed on making these allegations now – instead of when he was serving as the Tourism Minister.

“Ali Waheed is making claims which are unfounded. There will be no evidence. If there is, please disclose it,” Mabrook added.

Meanwhile, the opposition coalition has submitted an emergency motion to the Parliament today – urging an investigation into Ali Waheed’s claims, and also calling on the suspension of President Solih until investigations are concluded.

During last night’s press conference, Ali Waheed had also made several other allegations against the government – and also spoke in support of the opposition coalition.

Ali Waheed also denied all the allegations of sexual misconduct against him – describing them as an attempt to frame him, adding that order to frame him had directly come from the President’s Office.

He also alleged that the purpose of conspiring against him was to remove the ministers from the cabinet that had not belonged to MDP.

'President’s stature in MDP is as its leader'