May 6 blast: Adhuham, who detonated the IED, pleads guilty to all charges at court 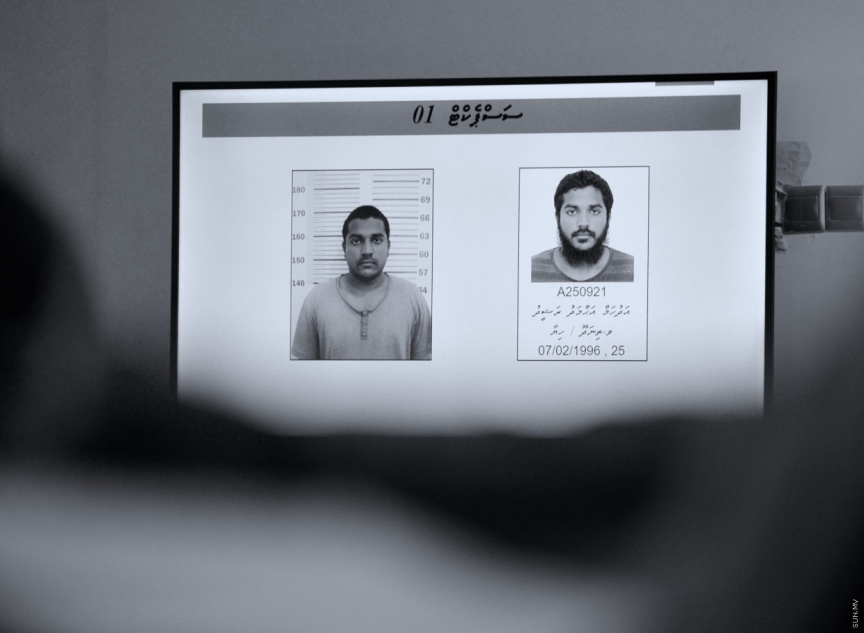 Adhuham Ahmed Rasheed – the suspect who detonated the IED in the attempt to assassinate Parliament Speaker, former President Mohamed Nasheed on May 6 – has pled guilty to all charges against him at the Criminal Court.

The State has signed a plea deal with Adhuham prior to this – in which he agrees to the four charges pressed against him.

In today’s Criminal Court hearing – Adhuham said the plea agreement with the State was signed by his own free will. He also pled guilty to the charges against him before the Court as well.

Adhuham was facing at least 37 years in prison prior to this for the charges against him. The plea deal and the admission of guilt before the Court will reduce his sentence to 23 years in prison.

Adhuham is the individual that the Police suspects to have detonated the homemade remote-controlled IED was strapped to motorcycle parked nearby Nasheed’s residence at 08:27 pm on May 6, just as Nasheed exited his residence and went to get in his car.

CCTV footage capturing Adhuham’s actions prior to and after detonating the IED was publicized by the Police in the early stages of the investigation.

He is wearing a light long-sleeved shirt and a black face mask, and is seen at the Athama Palace in Majeedhee Magu, located in front of Neeloafari Hingun, a narrow street where Nasheed’s residence is located – which is where he had allegedly pressed the button to detonate the IED.

The footage further shows him speaking on the phone whilst inside Athama Palace. During this time, he had one of his slippers removed – and was leaning his foot against the wall. The footprints taken by the Police from the wall and the footprint taken from Adhuham following his arrest were a match.

Police have arrested 10 suspects in connection to the attack – including Adhuham. They are:

Prosecutor General's Office decided against filing charges against Fathih, citing lack of sufficient evidence. Subsequently, he has been released from police custody on August 6.

Envoy: No breakthrough in probe into wider links

Abbas Faiz concerned over delays in May 6 attack trials