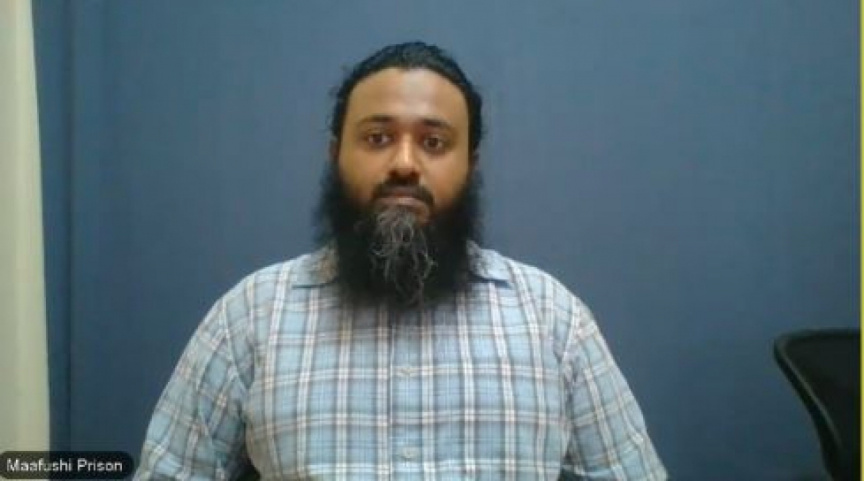 Prosecutor General’s Office has appealed High Court’s dismissal of the terrorism charges against Mohamed Ameen, Kariyya Villa, Maadhadu, Fuvahmulah City, to the Supreme Court. Ameen is suspected to the leader of the Maldivian faction of the terror organization, Islamic State, by the Police.

The case was appealed to the Supreme Court citing that the High Court misinterpreted Article 26 (K) of the Anti-Terrorism Act in their decision as well as due to the failure to refer to the exceptions to the statute of limitations stipulated in the Act – for investigation and filing charges in terrorism-related cases.

PGO also stressed in their appeal that the failure to refer to the exceptions to the statute of limitations stipulated in the Anti-Terrorism Act – leads for the stipulated exceptions to serve no purpose.

High Court had dismissed the terrorism charges against Mohamed Ameen on September 16 – citing that the charges were filed after the expiration of the statute of limitation.

Ameen had been charged with membership at a terrorist organization and conspiracy to carry out an act of terrorism.

Whilst the appeal was lodged at Supreme Court by PGO today – High Court issued a MoniCon order against Ameen last night, barring him from traveling outside of Male’ City.

Ameen is the first person to be arrested and charged under the revised Anti-Terrorism Act.

He is suspected of involvement in the Sultan’s Park bombing which injured a dozen tourists in 2007. He fled the country after the bombing, prompting an Interpol red notice against him.