President: Will not hire foreigners for jobs which there are qualified locals for 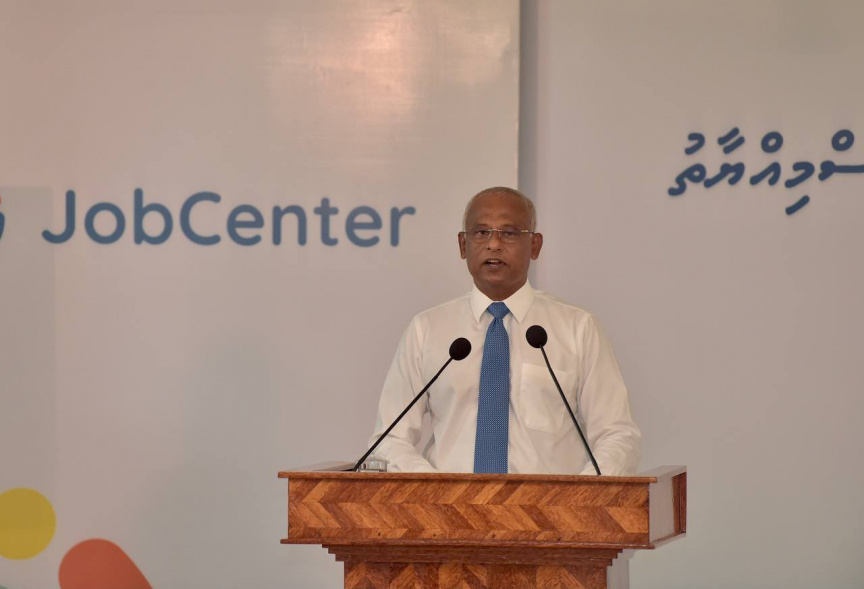 President Ibrahim Mohamed Solih has stated that foreigners will not be hired for jobs where there are locals who fulfill the requirements for those positions.

President Solih made this statement whilst speaking at the ceremony held to officially inaugurate the Job Centre at R. Alifushi – as part of the President and the First Lady’s ongoing tour of Shaviyani and Raa Atoll.

Speaking at the ceremony, President Solih stated that the Job Center in Alifushi is the first in a series to be launched nationwide – for the purpose of connecting Maldivians seeking jobs with employers with open positions in their organizations.

He also stressed the importance given by the current administration to ensure that the maximum amount of positions is filled by Maldivian workers – adding that in the future organizations would be unable to hire foreign workers if there are Maldivians who are registered at job centres that meet the requirements for those positions.

To further support his statement – President Solih also highlighted his administration’s success in limiting the number of foreign workers permits authorized through its commitment to develop local human resources and offer employment opportunities to all Maldivians.

However, he acknowledged that there would still be an expected shortage without training and developing Maldivians with the skills and expertise required to fill various positions.

To remedy this – he revealed the government’s plan to develop Technical and Vocational Education and Training (TVET) programs and services to provide the necessary skills training and guidance – across the atolls.

Alifushi is the sixth destination in the President and the First Lady’s ongoing trip to eight islands in Shaviyani and Raa Atoll.