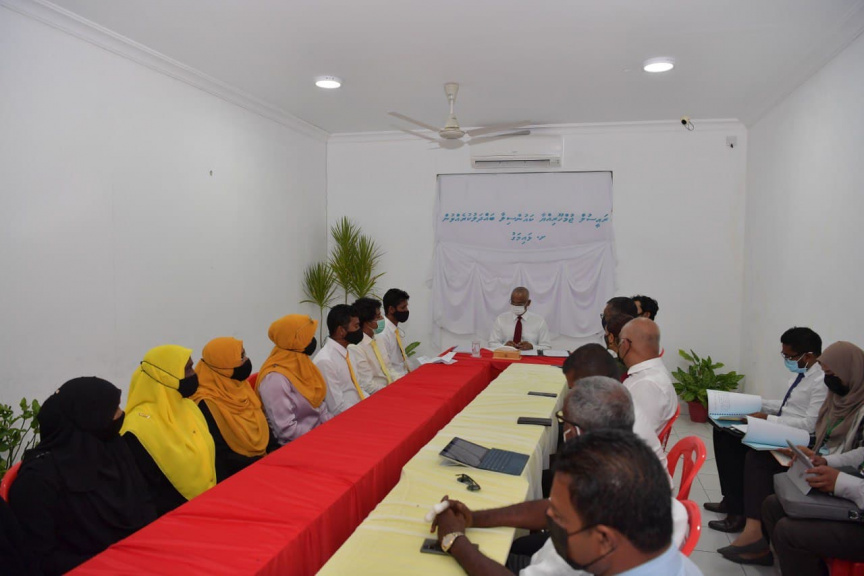 President Ibrahim Mohamed Solih has stated that salaries of Women’s Development Committee (WDC) members will be doubled starting from next year’s January.

President Solih had made this statement whilst speaking at a meeting held with Sh. Lhaimagu Council and WDC – as part of the President and the First Lady’s ongoing tour of Shaviyani and Raa Atoll.

During the meeting – the President pledged that the salaries and allowances allocated to WDC members will be increased starting next January.

Pointing that the councils now have the authority and financial autonomy to shape the direction taken in the development of their constituencies – President Solih urged them to use the resources provided to them to best benefit their constituents.

President Solih announced the government’s decision to increase the pay of WDC members on August 17.

WDC members are currently paid a salary of MVR 3,000 per month – thus the revision of their salary in January will increase it to MVR 6,000.

Lhaimagu is the second destination in the President and the First Lady’s ongoing trip to eight islands in Shaviyani and Raa Atoll. Their first stop was at Sh. Funadhoo.

'Bring joy to the vulnerable in spirit of marking Eid'