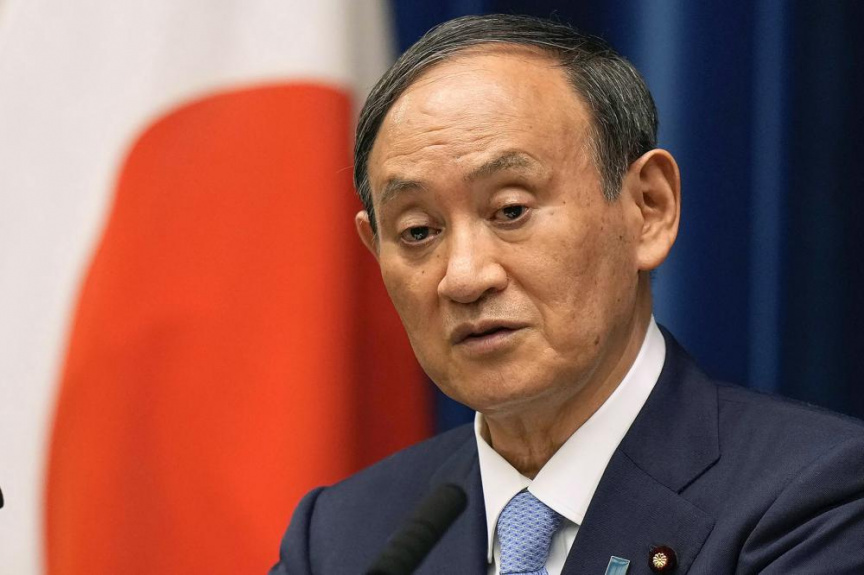 Japan’s Prime Minister Yoshihide Suga won’t run for the leadership of the governing party, indicating he will step down as Japanese leader at the end of this month, a party official said Friday.

Suga told executives of his ruling Liberal Democratic Party on Friday that he will not run in the leadership race set for Sept. 29, LDP Secretary General Toshihiro Nikai told reporters.

LDP has the majority in Parliament, meaning the new government leader likely will be whoever is elected the party’s leader.

The move is largely a political decision so the LDP can have a fresh leader before national elections later this year. The lower house term ends in late October and elections for the new Parliament must be held by late November.

Suga has faced criticism and nosediving support ratings over slow coronavirus measures and holding the Olympics despite the public’s health concerns.

Suga took office in mid-September a year ago after his predecessor Shinzo Abe resigned due to health problems.

Suga, the son of a strawberry farmer from Japan’s northern prefecture of Akita, enjoyed support ratings as high as 70% early in his tenure because he was a leader from the common people rather than blue-blood political families like Abe.

Suga introduced a series of pragmatic measures including digital transformation and administrative reforms, but his support ratings slid quickly over his virus measures seen as too slow and too small to prevent growing outbreaks. In the latest media surveys, support ratings have declined to around 26%.

Japan aims to bring back soil samples from Mars moon