Spokesperson: Dhapparu will be developed for real estate tourism 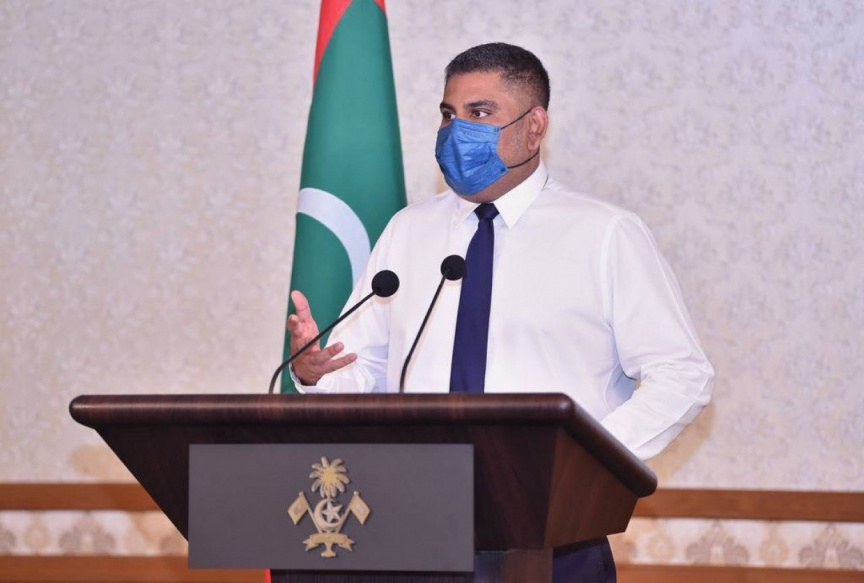 In a press conference on Wednesday afternoon, Mabrook said the government took Dhapparu to develop tourism facilities in the island.

“The project plan is to develop the island for real estate,” he said.

“The plan is for real estate tourism. To develop a new tourism product in Maldives,” he said.

Mabrook said the government believes it important in make decisions in accordance with the principles of decentralization, and that the government had engaged in tentative discussions with the previous HA. Filladhoo regarding removing Dhapparu from Filladhoo’s jurisdiction.

“One thing they rightly note is that further engagement is needed at public consultation level and that it hasn’t happened,” he said.

Mabrook said the President’s Office has also become involved in discussions with the Filladhoo Council regarding Dhapparu, and provided assurance the government will not violate the Decentralization Act.

Dhapparu was removed from Filladhoo’s jurisdiction under a presidential decree earlier this week, a move described by the main opposition party PPM as “an autocratic decision in violation of the Decentralization Act and the principles of decentralization”.

PPM accused the government of planning to profit from selling Dhapparu to foreigners, denying the residents of Filladhoo a key source of income.