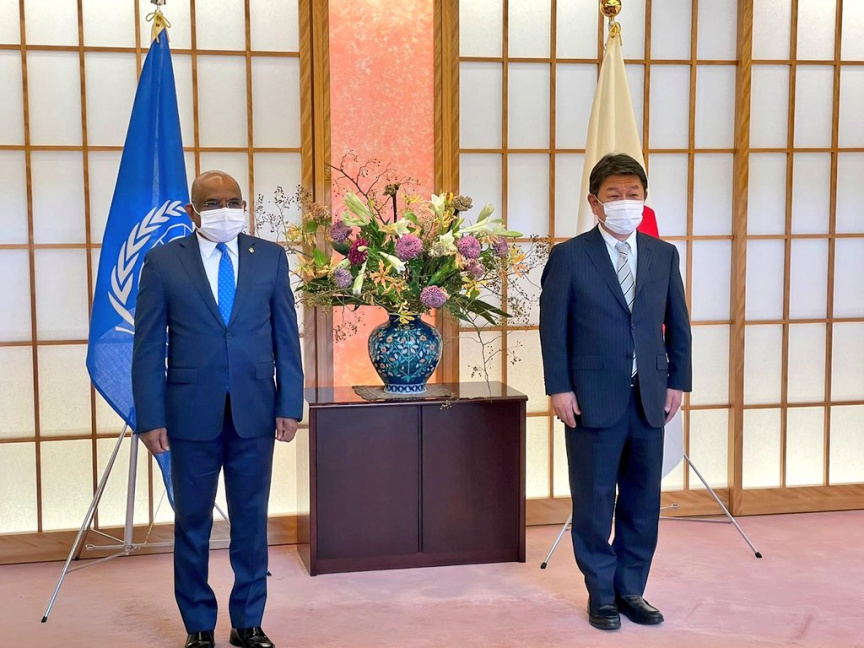 As per a tweet by the Foreign Ministry, the meeting between the two ministers was held today – as part of the official visit to Japan by Minister Shahid in his capacity as the President-elect of the 76th session of the United Nations General Assembly.

During the meeting, both of them discussed avenues to further strengthen the existing bilateral relations between Maldives and Japan.

Minister Shahid also outlined his priorities during the 76th session of the United Nations General Assembly, and the main themes of the Presidency of Hope.

Minister Shahid is making this trip upon the invitation of the Government of Japan. He departed to Japan on August 26 - and is due to return to the Maldives on August 28.