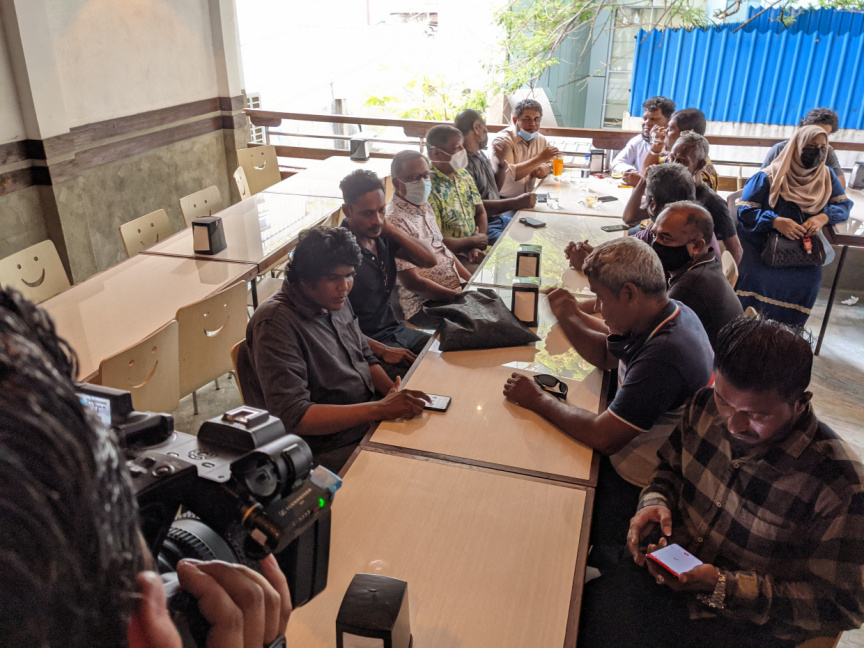 People signing the petition calling for a constitutional referendum to switch from a presidential system to a parliamentary system. (Photo/Ahmed Nishan)

Eight MPs from Maldivian Democratic Party (MDP) have signed the petition calling for a constitutional referendum to switch from a presidential system to a parliamentary system.

The petition was drafted up by the renowned lawyer Ahmed Nishan who had spoken to Sun today regarding it – noting that they have received immense support for the petition. In this regard, he added that eight MPs have already signed the petition – more are expected to do the same in the future.

The eight MPs who signed the petition belong to the ruling party, MDP. They are:

Prior to this, Central Maafannu MP Ibrahim Rasheed (Bonde) had also signed the petition - totaling the signatories from MDP members to nine.

Speaking further, Nishan noted that as the petition is being signed across different areas in the Maldives – at the moment it is difficult to disclose the total number of signatures received. He added that work was currently being done to consolidate all the forms.

Nevertheless, he noted that more people than they anticipated are signing the petition every day – thus is hopeful about reaching the target of gathering 1,000,000 signatories within 100 days.

“Within about these 36 hours that have passed, the petition has been spread out all across the country. The petition is receiving more support than we initially expected. Lots of people who want to sign have been unable to lay their hands on the petition because of the demand. We are receiving that much support,” Nishan had said.

Nishan also noted those who wish to sign the petition in Male’ City can do so every day starting from today at MDP’s Haruge – from 14:00 to 20:00.