Motion presented to Parliament over sand mining in Madivaru lagoon 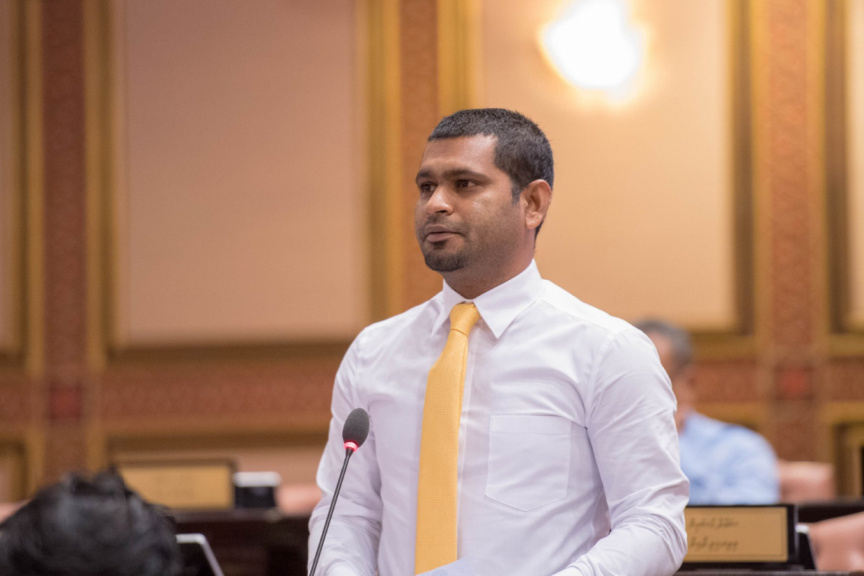 An emergency motion has been present to Parliament urging authorities to order a halt to sand mining at the Madivaru lagoon off AA. Rasdhoo to reclaim land for neighboring Veligandu resort citing irrevocable environmental damage.

The motion was presented to the Parliament by Thoddoo MP Hassan Shiyan on Monday morning.

Shiyan said that the Environmental Protection Agency (EPA) has been working on protecting the area in question since 2018 due to its rich biodiversity, and had decided to assign the Rasdhoo Council with the task of protecting and managing the area.

He said that the Rasdhoo Council had been managing the area since 2018.

Shiyan said that though the area had been used residents of Rasdhoo and other neighboring islands to mine sand to build homes for ages, the practice had been put a stop to with EPA’s decision to protect the area in 2018.

“Crown Company has started a project to mine sand from near the area and develop an island by the name of Velifinolhu. Sand for the land reclamation project is being mined from an area where sand mining is banned as it was previously protected by EPA for the locals," he said.

He also expressed concern that many of the potential environmental implications were not addressed in the Environmental Impact Assessment report for the project.

According to tourism laws and regulations, resort development projects must be conducted 500 meters inside the bushy area at the edge of an island.

“However, the constituents from the district report that the land being developed by Veligandu resort in the name of Velifinolhu has now expanded beyond the boundary. I have been receiving complaints regarding this,” said Shiyan.

Shiyan added that the temporary sand bed put to mine sand and bring in a barge transporting construction aggregate has resulted in sediment polluting nearby coral reefs, and affecting the visibility of turtle and hammerhead shark points in the area.

He also expressed concern over the loss of the Kandee sandbank due to the project.

“Given these environmentally damaging actions so close to an area protected by EPA, given the probability of massive economic damage to the region due to the actions, and threat of the destruction of an environmentally protected area, I present this motion calling on government institutions to stop resorts from expanding their boundaries as they wish without any thought for its implications, and provide a permanent solution to this issue,” said Shiyan.

The motion was accepted into the Parliament with the vote of 31 parliamentarians.