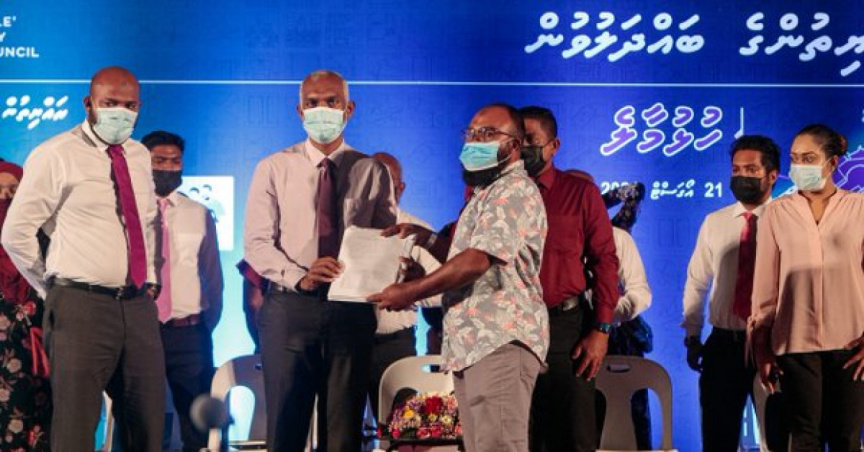 Speaking to Sun regarding the petition, Hulhumale’ member of Male’ City Council Ibrahim Shujau noted that the residents have expressed many concerns in the petition.

“The biggest concern raised is the fact the municipal services in Hulhumale’ are overseen by the business company. Municipal services need to be transferred from HDC to the Council. It is a right that is guaranteed by the Decentralization Act,” he had said.

The petition mainly calls for the transfer of municipal services in Hulhumale’ to City Council from Housing Development Corporation (HDC) and to bring about easements in attaining these services.

Speaking further, Shujau noted that although this government is a strong advocate for decentralization – they draw a distinction when it comes to Male’ City Council.

“The amendments to the Decentralization Act clearly stipulate the procedure to transfer control to other institutions. There is a law, there is a regulation. We are extremely sad that the government is reluctant to confer these powers to the Council as it is a PPM majority,” he had said.

Apart from Shujau, several other Male’ City Council members have raised concerns over the distinctions drawn by the government towards the Council when it comes to transferring control.