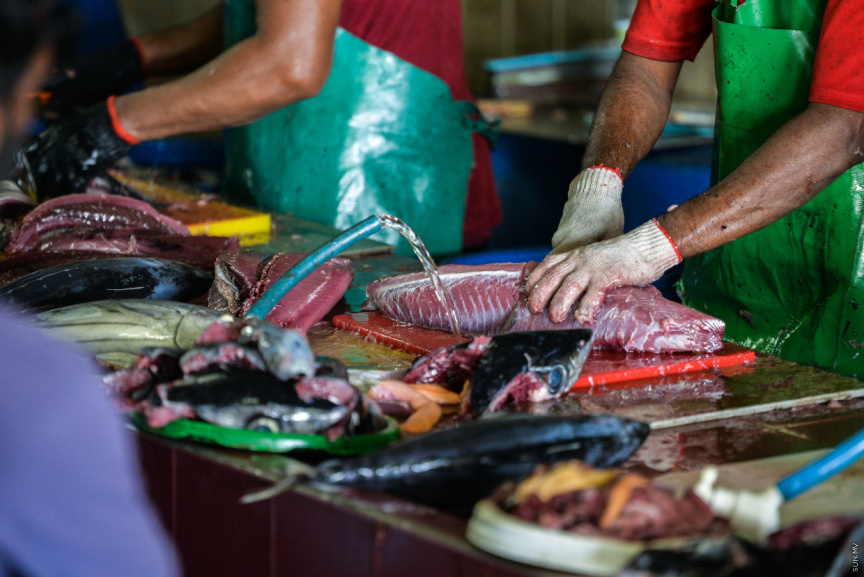 Maldives Food and Drug Authority (MFDA) has advised exercising caution when buying and selling tuna in the Maldives – as some manufacturers have been producing tuna that has been treated with carbon monoxide.

In a statement released by MFDA today, they noted that a sample taken by the Ministry has confirmed that some types of tuna loins being sold on the market have been treated with carbon monoxide in order to retain its ‘red’ appearance – without including this information in the label.

Carbon monoxide treated fish refers to a process by which the fish treated with the gas in order to prevent oxidation and thereby alter the cosmetic appearance of it.  Normally, a fresh piece of tuna will lose its red color and turn brown over a period of a few days when exposed to air – whereas when treated with the gas, it will retain an artificial red appearance or 'fresh-looking' color indefinitely – even after it begins to deteriorate.

While color is one of the measures used to determine the freshness of a tuna loin – the use of carbon monoxide will trick a buyer to believe what they are buying is fresh.

Therewith, MFDA has urged all who buy and sell tuna to exercise caution. They have also requested to Viber them at 7603204 alongside a photo should you have been sold such a product or suspect that you have been.