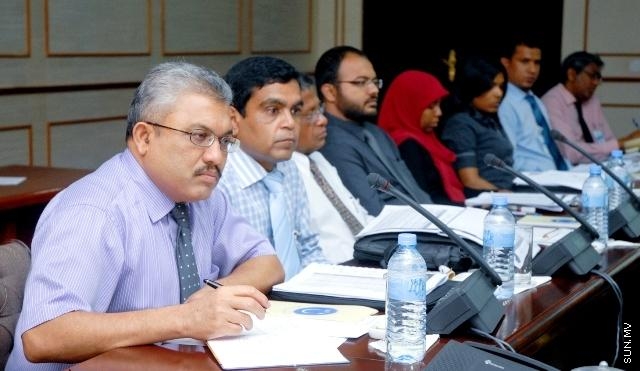 Minister of Finance Abdullah Jihad has said that he believes that the $25 million loan promised by the government of India is being delayed due to unresolved issues with GMR.

Jihad, who is currently abroad, told Sun Online in a brief interview that the Indian government has been repeatedly requested, via the High Commission, to expedite the loan.

The Indian government agreed in 2011 to extend $100 million as loan to the Maldives.

The Indian government passed last month, to provide $25 million as a loan, out of $50 million which was supposed to be given as trade credit.

Finance Minister Abdullah Jihad said that difficulties will be faced in meeting recurrent expenses, such as paying salaries to government employees for the remaining months of the year, unless this money is secured.

Referring to criticisms directed at Finance Ministry following failure to pay electricity bills, Jihad said that the state cannot spend money that it does not have.

“We are not receiving foreign aid as was included in the budget. How can we spend more than we receive? That’s why those bills are unpaid. We can’t spend money we don’t have,” he said.

Electricity bills worth millions of Rufiya have piled up for Maldives Broadcasting Corporation (MBC), Male’ Health Corporation and City Council.

Jihad said recently that the government does not have a plan for meeting the expenses of the final three months of this year.