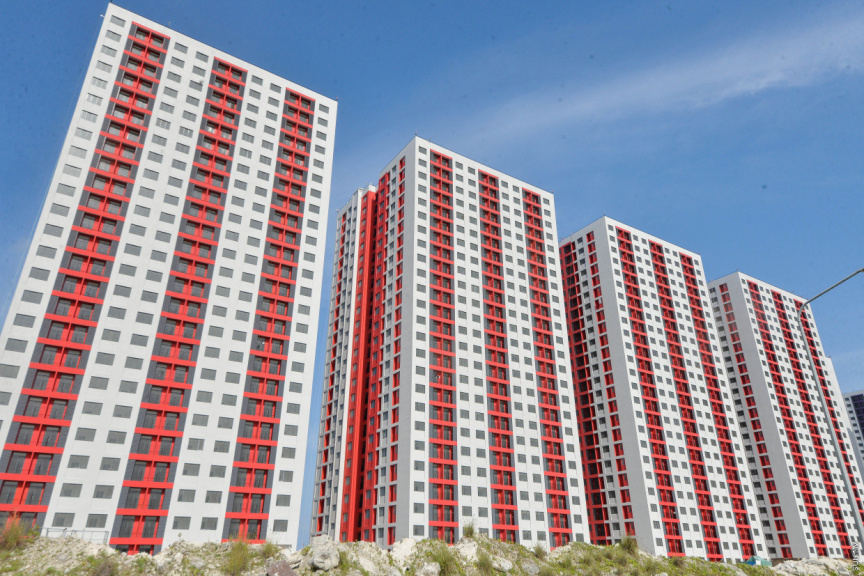 As the concerns of the Hiya Flat receivers have been turned a deaf ear to by the government, Hiya Union is set to hold a demonstration in Hulhumale’ Phase 2 this evening.

The demonstration titled ‘Furathama Nukuthun’ will be held this evening starting from 16:10 – and ending at 16:40, at the road located between Phase 2, Tower 8, and Phase 2, Tower 12.

Speaking to Sun today, a member of the Hiya Union noted that the demonstration is aimed at sharing their concerns regarding the Hiya Flat through written boards and banners – without making much noise.

When questioned as to what their main concerns were – Hiya Union highlighted the high rent and the short period of moratorium allocated for the rent payment. In addition to this, they noted that Hiya Flat receivers were not well off enough to complete the finishing works within the given short period of time – noting the large expenses they would have to bear within this period to complete the finishing works.

“We signed a submitted a petition to the government of June 1. So far, none of the government authorities have responded to us in any way,” they had said.

As per Hiya Union, they have highlighted three main requests in this petition. They are:

“Flats other than the Hiya Flats have been provided to people at Hulhumale’ as well as in other locations in the Maldives – none of which have been handed over without the completion of finishing works for a rent of MVR 8,500. The rent payment is not a feasible amount for Hiya Flat receivers to make,” they also added.

Hiya Union is an organization that advocates on behalf of Hiya Flat receivers.