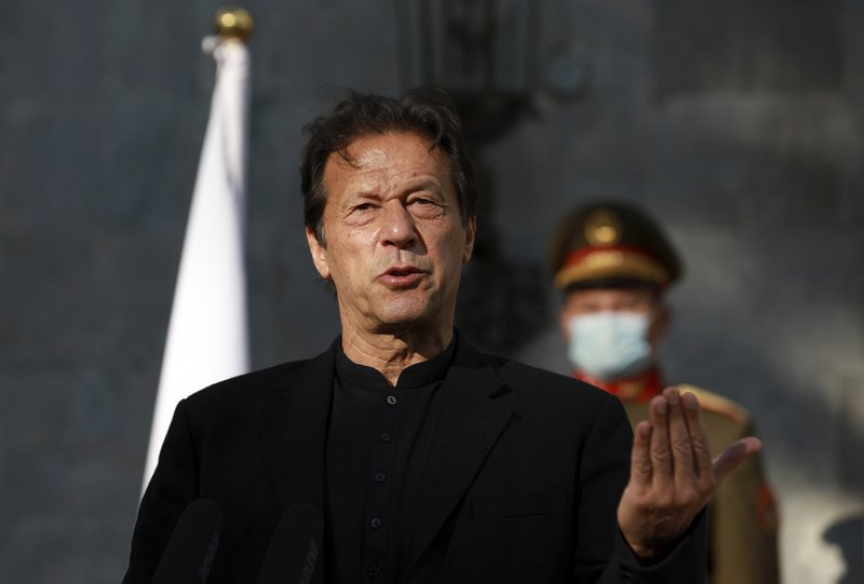 Pakistani Prime Minister Imran Khan has accused India of attempting to change the demographic structure of Kashmir and convert Kashmiris into a minority in their own land.

He made the allegation in a statement marking two years since India repealed Article 370, stripping Kashmir of its special status. Khan, in his statement, said that India’s actions on August 5, 2019 and subsequent changes to domicile rules and the land ownership laws were illegal and designed to change Kashmir’s demographic structure.

“Indian's illegal and unilateral actions of 5 August 2019 and subsequent measures particularly pertaining to domicile rules and the land ownership laws are aimed at changing the demographic structure of IIOJK and converting the Kashmiris into a minority in their own land," he said.

Khan said the measures are in blatant violation of international laws - including the UN Charter, the United Nations Security Council Resolutions, and the 4th Geneva Convention.

He said that Pakistan calls upon the international community, including the United Nations, human rights organizations and the global media, to hold India accountable for its crimes against the Kashmiri people.

He reaffirmed Pakistan’s commitment to the Kashmir cause.

"We will continue to extend all possible assistance cause, to Kashmiris till the realization of their inalienable right to self-determination and a just resolution of the Jammu and Kashmir dispute, in accordance with relevant UNSC resolutions and the wishes of the Kashmiri people,” he said.

In 2019, the Indian government scrapped the region’s special status guaranteed by India’s constitution decades ago and turned the country’s only Muslim-majority state into a federally controlled territory.

The move included the removal of a ban on permanent settlement of non-Kashmiris in the region, a step that Muslims in Kashmir allege is aimed at bringing demographic changes in the region.