May 6 blast: Charges filed against 4 suspects 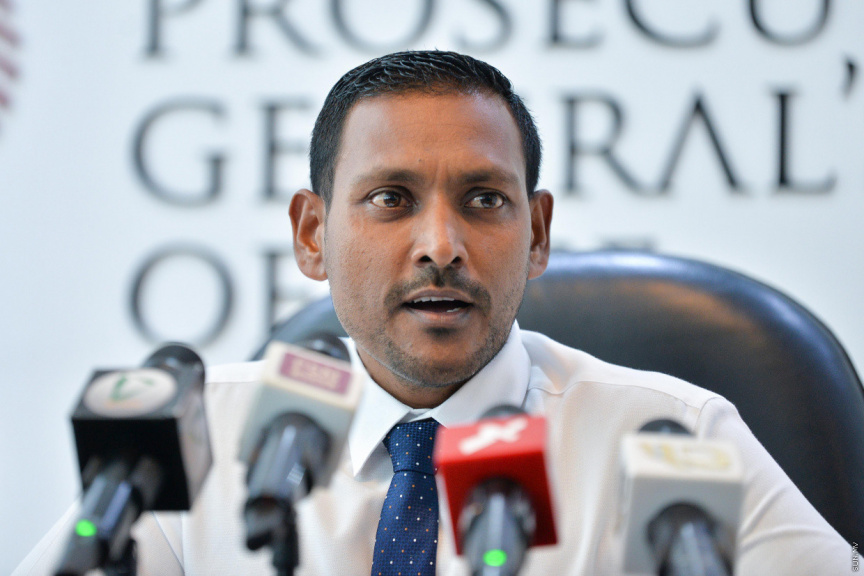 Prosecutor General’s Office has filed charges against four suspects arrested in connection to the attempt to assassinate Parliament Speaker, former President Mohamed Nasheed on May 6.

Commissioner of Police Mohamed Hameed confirmed in a tweet on Tuesday afternoon that the Prosecutor General’s Office has filed charges against four suspects arrested in connection to the attack with the Criminal Court.

He congratulated all officers involved in the investigation.

“I congratulate all officers and staff involved in this major case for their superb work. We continue to work on more suspects. We will defeat violent extremism,” said Hameed.

Police have arrested 10 suspects in connection to the case, and have requested the Prosecutor General’s Office for charges against 5 suspects.

While neither CP Hameed nor the Prosecutor General’s Office have yet to release the identities of the four suspects charged in the case, Sun has been informed they are:

Charges have not been filed against Ahmed Fathih, 23, Dhunfini Ufaa, L. Gan, who was one of the initial arrests made by police in connection to the case.

Prosecutor General’s Office is scheduled to hold a press conference at 02:00 pm this Tuesday to deliver the latest updated on the case.

Police said in a press conference in July that the suspects involved in the attack believe Nasheed to be an apostate who openly mocks the religion of Islam and Prophet Mohamed, and that killing him to be justified.

Police said they found evidence suggesting the suspects to be ISIS sympathizers, but found no evidence directly linking them with the international terror organization.