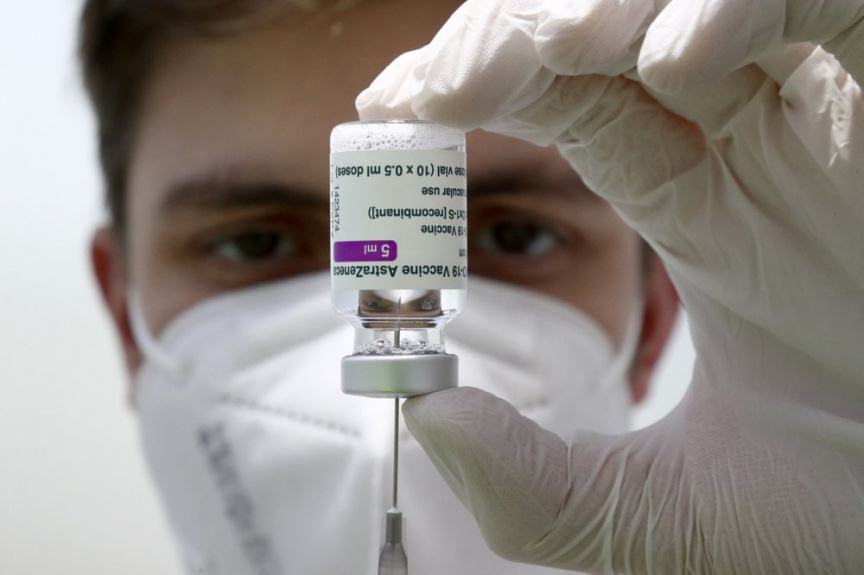 Medical staff prepares a syringe from a vial of the AstraZeneca coronavirus vaccine during preparations at the vaccine center in Ebersberg near Munich, Germany, Monday, March 22, 2021. (AP Photo/Matthias Schrader)

After multiple delays for various reasons, the first shipment of the AstraZeneca vaccine has finally arrived in the Maldives.

A government official confirmed to Sun today that a large shipment of the AstraZeneca vaccine has been received from the 500,000 doses that have been secured. However, the number of doses received was not disclosed – nor was the date on which the remaining doses will be received.

President Ibrahim Mohamed Solih announced that 500,000 doses of the AstraZeneca vaccine were secured by the government during a press conference held on last June. The government had signed directly with AstraZeneca for the purchase of these doses.

In his address to the nation on the occasion of this year’s Independence Day, the President also highlighted that the government had secured enough doses to fully vaccinate the entire country. He also added that a nationwide mass vaccination campaign is set to commence in August.