Modi: India will continue to assist Maldives in fight against COVID-19 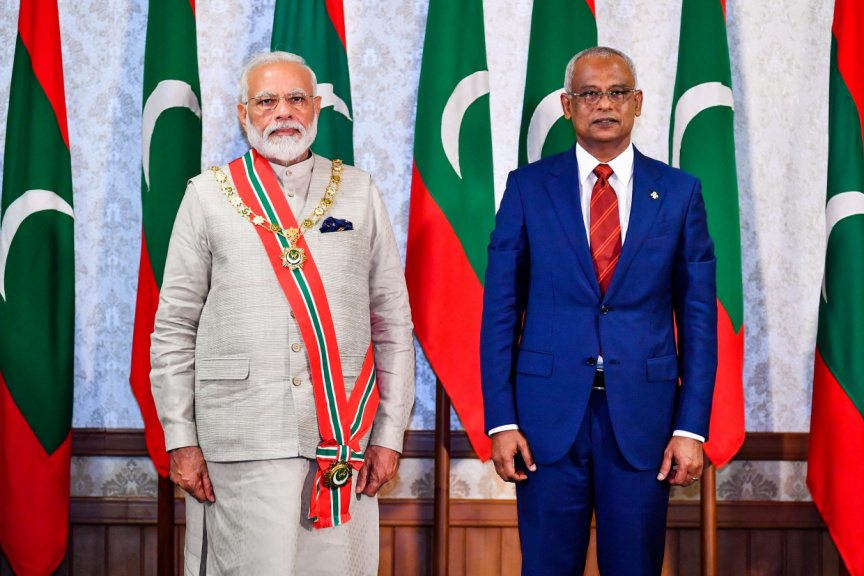 India’s Prime Minister Narendra Modi has reassured that India will continue to give their full support to the Maldives in its efforts to control the COVID-19 situation.

Modi had made this statement today via a tweet subsequent to a phone call conversation with President Ibrahim Mohamed Solih this afternoon.

The President responded to Modi’s tweet stating it “was a pleasure to catch up on the phone this afternoon with my good friend PM Modi.” He also extended his gratitude for the assistance rendered to the Maldives by India in its efforts to control the COVID-19 situation.

In addition to this, the President also noted that both of them had discussed a wide range of important issues that concerns both India and Maldives – specifically pointing out to review of the progress of ongoing India-funded development projects. The President also expressed his satisfaction with the speed of implementation of these projects despite the constraints of the pandemic.

During this conversation, Modi also congratulated Maldives on the election of the country’s Foreign Minister Abdulla Shahid as the President of the UN General Assembly.

India’s Ministry of External Affairs has stated that the telephone conversation between the two leaders today would provide further momentum and guidance to the ongoing substantive corporation between both countries.