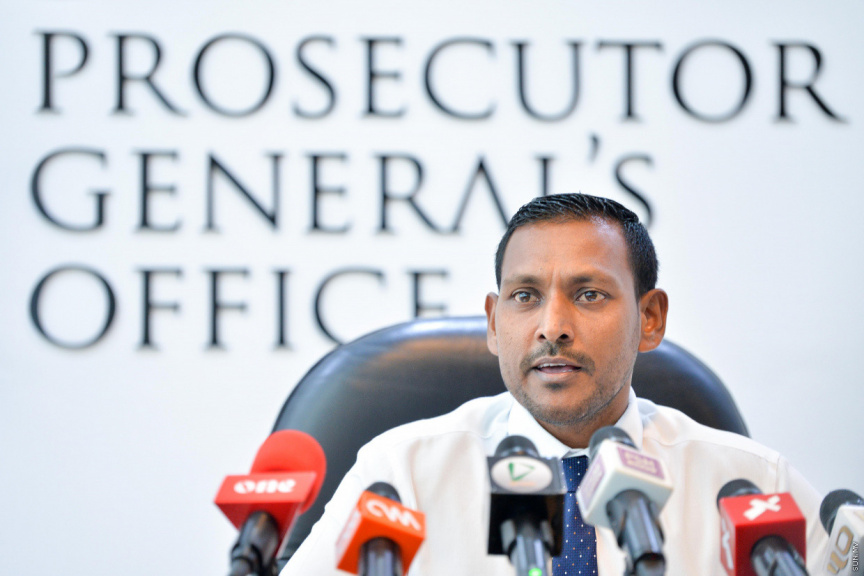 Prosecutor General Hussain Shameem has said that he believes the Gender Ministry does have the right to take action against local media outlets under special circumstances.

The media coverage of the recent murder of a 13-year-old boy had resulted in the Gender Ministry fining one media, in addition to cautioning three more. The Ministry cited that the identification of the child had directly breached the rights guaranteed to a child by law.

This move was highly criticized by the Maldives Media Council (MMC), which released a statement expressing their concern over a government body taking action against media without any consultation. MMC reiterated that they are the established regulatory body of media outlets in the country that legal have the authority to investigate and fine media outlets over news coverage whereas the Gender Ministry does not.

Shameem commented on this in a weekly review audio posted on his personal blog yesterday. Noting that media outlets had exposed crucial information as to the child’s identity and family background in trying to make sensational coverage. He said that  reporting and identifying information of children was allowed and accepted at a time,

However, the present laws were clear on matters related to children under the Juvenile Justice Act and Child Protection Act.

“Article 15 of the Juvenile Justice Act states that maintaining the child's integrity has to be the utmost priority even when reporting information about a minor that has broken the law or committed a crime,” he said.

“Article 33 of the Child Protection Act prohibits publishing information about a minor that damages their dignity and also about minors who have broken the law or committed a crime. When reporting about such children, news outlets are prohibited from including any information or a photograph that may reveal the identity of the minor,” he also added.

Shameem also highlighted that the MMC's guidelines on how to report on matters pertaining to children also prohibits publicizing information that adversely affects how the child may be viewed. He also pointed out that the Child and Family Protection Agency has released statements at five different points this year stressing the importance of reporting matters pertaining to children in adherence with the aforementioned clauses.

Acknowledging the rift between Gender Ministry and MMC on what the law should be, Shameem noted that the Ministry was acting under a special law created for this very reason, under which the Ministry can take action against media outlets.

Moreover, he adds that talking negatively about a deceased person is unacceptable both religiously and culturally.

Shameem also touched upon the importance of raising awareness when it comes to such issues amongst journalists as such matters cannot be solved just by taking action.