Defense Minister Mariya summoned for questioning in May 6 inquiry 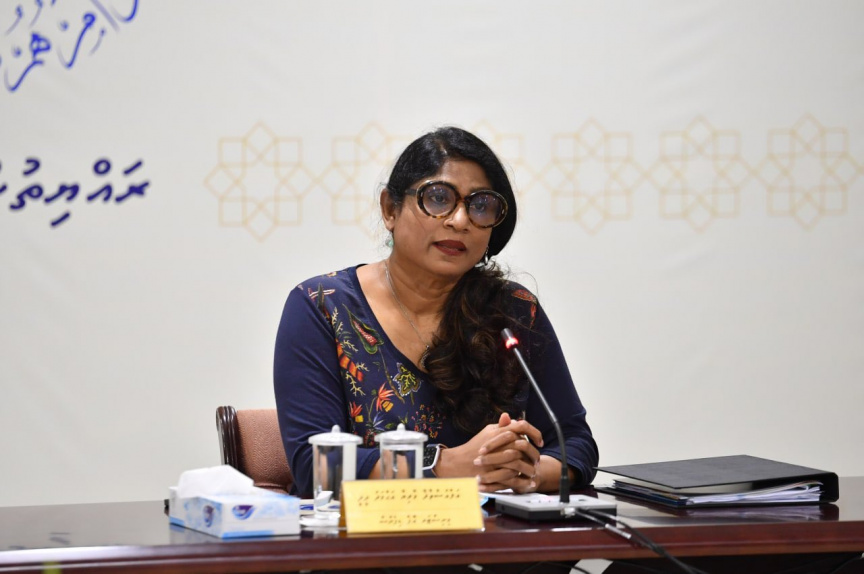 Defense Minister Mariya Ahmed Didi responds to questions by Security Services Committee in its inquiry into the security breach which led to the May 6 terror attack, on June 21, 2021. (Photo/People's Majlis)

Defense Minister Mariya Ahmed Didi was summoned before the Parliament’s Security Services Committee (241 Committee) on Monday for its inquiry into the breach of Parliament Speaker, former President Mohamed Nasheed’s security in relation to IED attack outside his residence last May.

Some of Nasheed’s supporters allege the attack resulted from a security failure, and that Mariya herself should be liable – especially after Hulhudhoo MP Ilyas Labeeb said he received information from a private citizen regarding a USD 3 million contract to assassinate Nasheed prior to the attack, and shared the information with Mariya.

Mariya herself has admitted to receiving the information and said it was not considered “credible, actionable intelligence”.

Nasheed’s supporters believe both Mariya and Ilyas to be criminally liable for failure to report the information to the police.

The 241 Committee has also questioned other top officials at Defense Ministry for the inquiry.

The scope of the inquiry:

The police are treating the May 6 blast as a targeted terror attack to assassinate Nasheed. They have made three arrests in connection to the case: Ahmed Adhuham Rasheed, 26, Hiyaa, GDh. Thinadhoo; Mujaz Ahmed, 21, Ma. Feyruge, K. Male’; and Thahmeen Ahmed, 32, Folheyma, GA. Kondey. Adhuham is believed to be the man who detonated the IED.

'Indian military personnel in Maldives will be unarmed'

'Work done by Customs is integral to national security'

'Info regarding terror attack was shared with Minister'