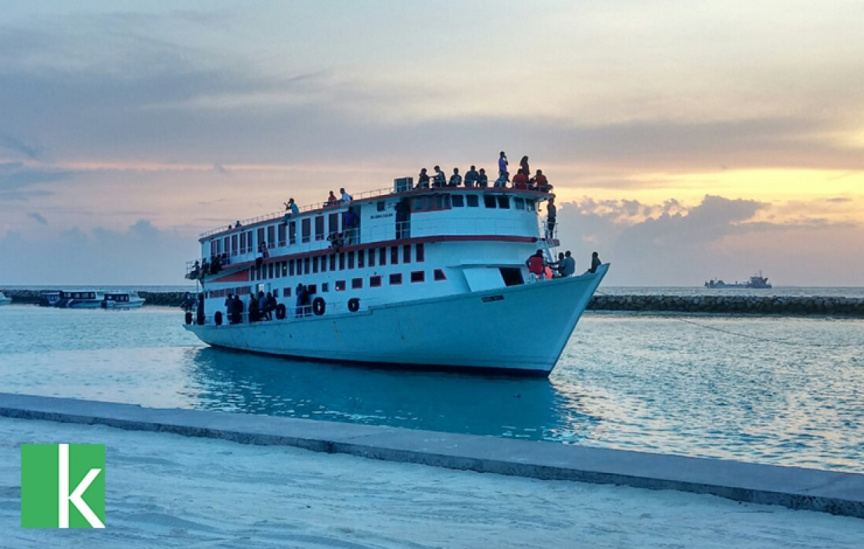 Authorities have confirmed 10 additional COVID-19 cases in Kulhudhuffushi – the northern Maldivian city which was placed under monitoring last week.

Following Thursday’s case, Kulhudhuffushi taskforce held an emergency meeting during which it was decided to test sailors who travel to Male’ City immediately after they harbor in Kulhudhuffushi.

“This was decided as a precautionary measure. It was decided to enforce this measure until the situation in Male’ improves,” said Dawood.

In accordance with the new measure, authorities tested the crew of the boat ‘Bahaadhar’ upon arrival at Kulhudhuffushi harbor on Friday. Four sailors tested positive.

“All sailors from Bahaadhar have been quarantined upon arrival yesterday,” said Dawood.

Dawood said that with the positive cases among the crew of the two boats, its important that Kulhudhuffushi residents strengthen precautionary measures.

“As such, we advise everyone to wear masks, wash hands with soap frequently, and to keep the contact bubble as small as possible. With the grace of Almighty Allah, we shall control and prevent this from spreading any further this time around as well,” he said.

Nine cases have been confirmed in Kulhudhuffushi linked with the ‘Sea Queen’ cluster. 69 people have been identified as direct contacts and 28 homes have been quarantined.

55 people have been tested, and more are scheduled to be tested in the coming days as contact tracing continues.