Cyclist who fled the scene of Wednesday night accident arrested 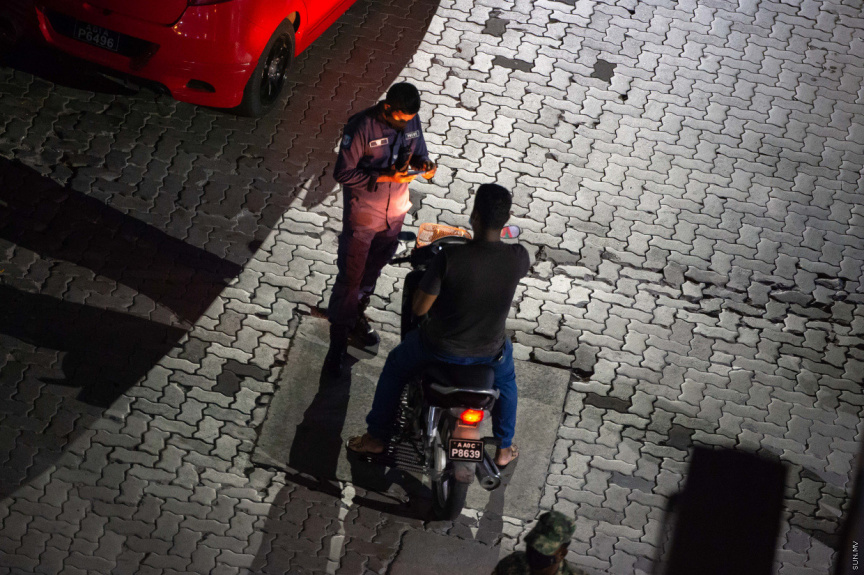 Police questioning a motorcyclist during curfew hours in Male; City imposed due to the COVID-19 situation. (Sun Photo/Fayaz Moosa)

Police have arrested the driver of a motorcycle who fled the scene after an accident in Male' City which killed a man.

The motorcycle collided with a handcart which was in a narrow alleyway of Male' City around 22:00 last Wednesday night. The individual on the backseat of the motorcycle died from the injuries as a result. He was taken to the ADK hospital where he died while undergoing treatment.

The driver of the motorcycle fled the scene after the accident. Police today, said that the driver had now been arrested under a court order.

Information pertaining to the individual was received on May 29, according to Police who specified that the driver arrested was aged 26. The driver was arrested yesterday around 17:00.

Police are still investigating the accident.

Changes to deadline for ban on PET bottle, Styrofoam