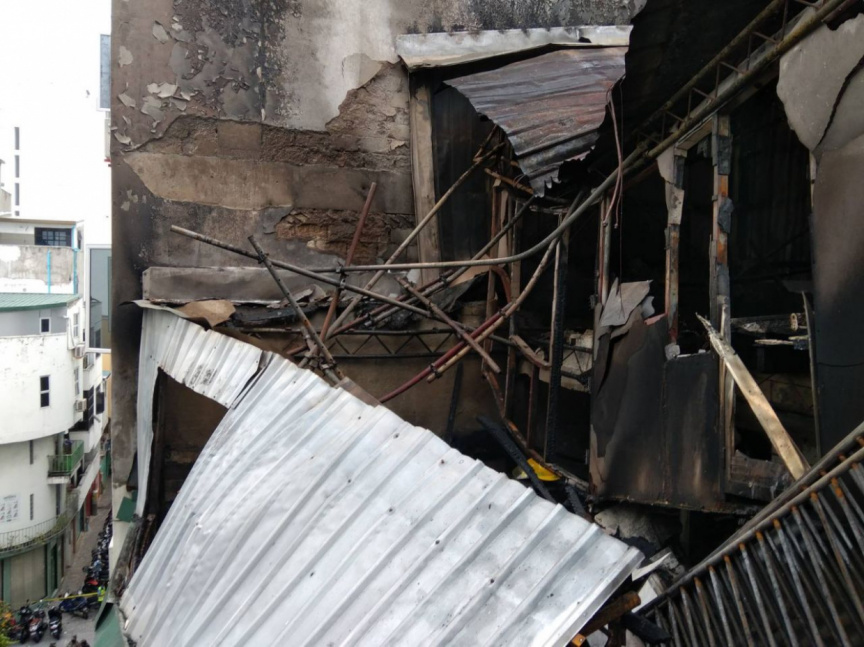 National Disaster Management Authority (NDMA) has arranged temporary accommodation for 32 people left displaced in the wake of a fire which burned down a house in Machangolhi district of Male’ City.

The fire broke out on the third floor on the western building in Ma. Morning View on early Thursday morning. According to Maldives National Defense Force (MNDF), three people sustained minor injuries trying to escape the fire.

An evacuation center was set up at Ghiyassuddin School in response to the fire.

NDMA said that 56 people living in two buildings in Ma. Morning View were taken to the evacuation center, including 17 children.

Those evacuated to the center were provided food by NDMA.

NDMA said that residents of the eastern building of Ma. Morning View have been moved back to their home.

However, the western building was damaged beyond habitation in the fire, leaving 32 residents displaced.

NDMA said that three of the 32 residents are positive for COVID-19, and are being moved to the COVID-19 facility at the instructions of Health Protection Agency (HPA).

NDMA said that those displaced in the fire have been provided temporary accommodation, clothing and other essentials.

The displaced families are being accommodated in seven guesthouses in Male’.

NDMA has provided a daily allowance of MVR 200 to the displaced to arrange food for the next three days, MVR 1,500 to buy basic clothing, and supplied essentials for children such as diapers, along with toiletries.

NDMA said that additional assistance will be provided following an assessment of the damages. The assessment of damages to household appliances is expected to be complete within one week.

The fire is under investigation by the police.