Male' City in the midst of a massive COVID-19 outbreak 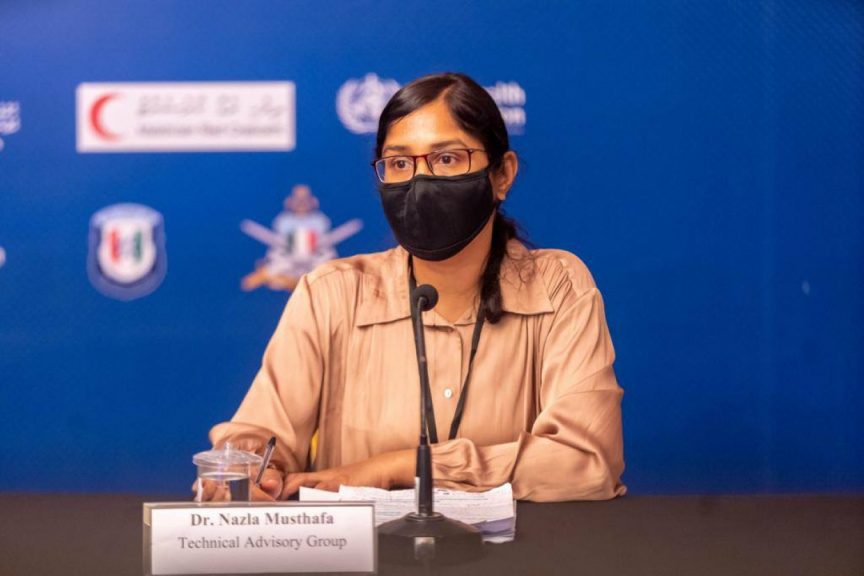 The Technical Advisory Group (TAG) of the Health Protection Agency (HPA) has warned that the capital of the Maldives, Male' City was in the midst of a massive outbreak of COVID-19 which has seen the sample positivity rate and the flu positivity rate skyrocket.

The statistics show that one week after March 10, the sample positivity rate was at three percent and increased to six percent by the second week. By the third week, the figure was at five to seven percent.

However, from April 21 to 27, the positivity rate had increased to ten percent.

Dr. Nazla Mustafa said that the authorities were working to keep the rate below five percent.

In order to assess the community spread, the flu positivity rate is referred to next. Statistics show that the rate stood at five percent on the second and third week of April but jumped to 14 percent from April 21 to 27.

"So, the positivity rate had increased in Male' City in the last week when compared to the two weeks before. It means that the capital is in the midst of a massive outbreak," said Dr. Nazla.

She noted that due to the high number of vaccinations in the capital, less number of severe cases of the virus had been observed.

Salons, gyms and cinemas ordered to be closed

Vaccine centers in Male' City to be closed tomorrow