Committee chair responds to allegations of MMPRC scandal cover up 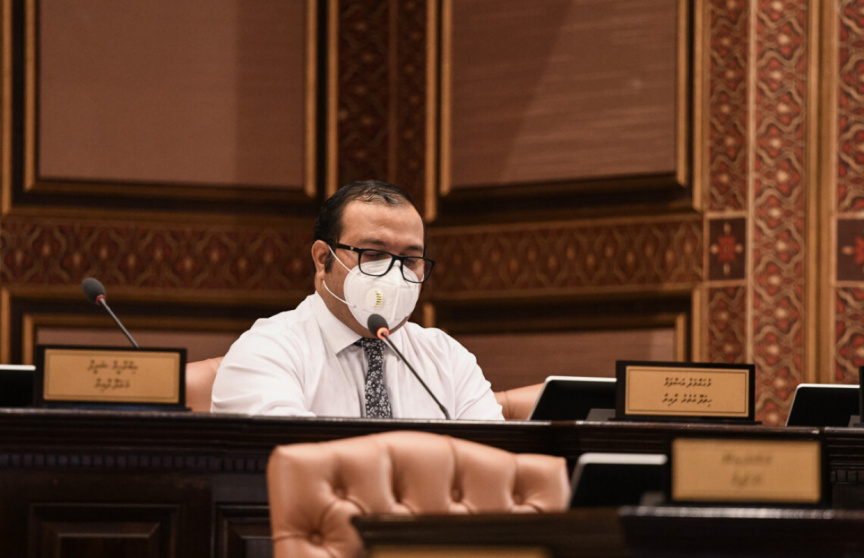 Chair of the Parliament's Committee on National Security Services (241 Committee) and MP for North Hithadhoo Mohamed Aslam has responded to accusations that he is attempting to cover up the MMPRC scandal investigations by refusing to obtain the updates of the investigation by the authorities for the parliament.

MP Hassan Latheef requested information regarding the scandal from the relevant bodies in a letter to the Parliament Speaker on March 21. MP Latheef also accused in a tweet today that Committee chair Mohamed Aslam did not wish to clarify the information and wondered why he would do so.

MP Aslam responded today to these allegations while speaking with Sun by saying that he had no reason to withhold or obstruct information regarding the scandal and that he did not wish to run shows in the 241 Committee.

"The sub-committee is collecting all the relevant information from the relevant bodies. Other than that, the Public Accounts Committee is also reviewing the MMPRC scandal parallelly," said MP Aslam.

MP Aslam said that he had informed Speaker Mohamed Nasheed that the joint committee was looking into the matter when the issue was forwarded to the 241 Committee by MP Latheef.

"Why not send it to the (joint) committee? The Parliament is not someplace where you can do as you like. Things have to be run here accordingly. Committees have to work under the mandate assigned to the Committees," said MP Aslam, "The parliament will become a playground won't it? if every committee reviews the same issue twenty or thirty times, debate on it in thirty ways and decide,"

He said that his wish was that the parliament becomes a place of accountability and has the faith and trust of the public and that he had no intention of not reviewing the MMPRC scandal and withhold information related to the scandal.

"I am not opposed to reviewing the matter. But also, I will not do as how every lawmaker wishes. The joint committee should enquire, or the parliament should take a vote pass it, and do so. I will do as the regulation states," said MP Aslam.

He further stressed that there was no influence on him to disregard the matter.

"There is no one who can influence and coerce me. Not Speaker Nasheed, President Solih, party Chairperson Hassan Latheef can influence me. I will work as how the parliament regulations state and how I believe," said MP Aslam.

Speaker Nasheed today, made a request to the state bodies and relevant institutions to forward the latest information on the scandal, on behalf of MP Latheef's request.

2 from Nilandhoo brought to Male' in health emergency