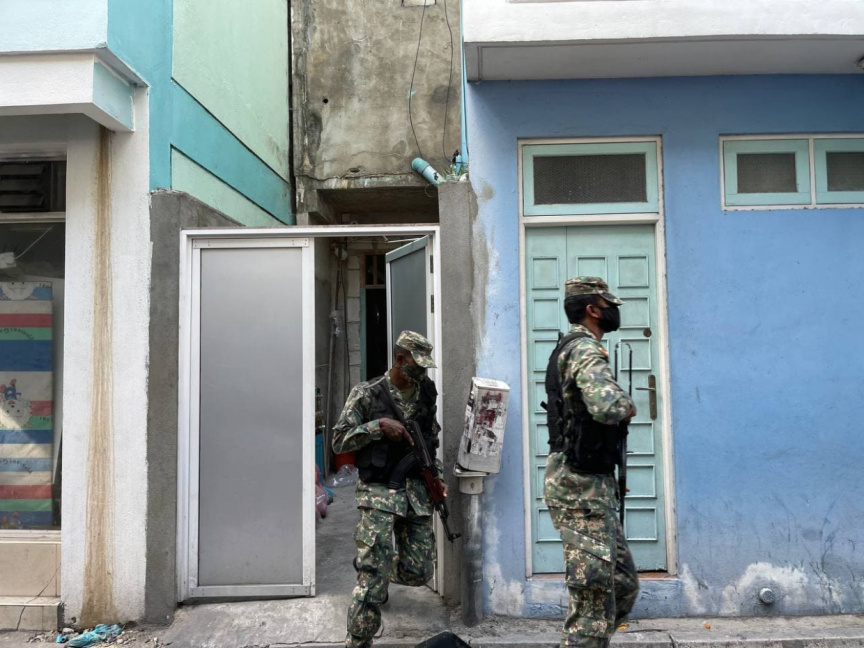 Maldives National Defense Force (MNDF) has stated that an operation conducted with weapons was carried out after receiving reports of individuals possessing weaponry in a residence of the capital.

The operation saw security forces raid a residence in the Maafannu ward of the capital. The residence is located in Muiveyo Magu of Male' City.

Security services conducted the operation with weapons after cordoning off the road in the capital Male’ City. Police media officials could not be contacted for an official comment.