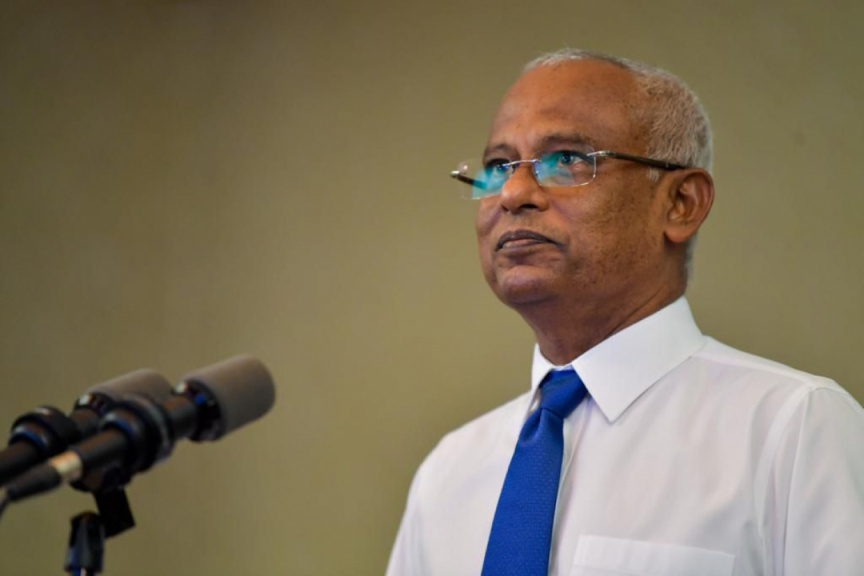 President’s Office said on Saturday that the government provided its full cooperation to the investigation into the corruption in the award of a contract to procure ventilators to treat COVID-19 patients require critical care.

The case involves an MVR 34.50 million contract awarded by Health Ministry to Dubai-based Executors General Trading to procure 75 ventilators in 2020, which the Auditor General’s Office found to be in breach of Public Finance Regulation.

The Prosecutor General’s Office, after the Anti-Corruption Commission (ACC) completed its investigation to the case, declined to press charges citing lack of sufficient evidence. The case was reexamined by the ACC, and the Prosecutor General’s Office declined charges for the second time on Thursday, citing the new information provided by the commission is still insufficient to prove the charges in court.

Leader of the main ruling party MDP and Parliament speaker, former President Mohamed Nasheed has been expressing displeasure over the decision. He has stated that he does not wish for MDP to support a government that steals from the public, and has also demanded Prosecutor General Hussain Shameem’s resignation.

In an emergency press statement on Saturday evening, the President’s Office said that following the findings on the audit report, the government had taken the initiative and instructed relevant authorities to investigate whether the award of the contract involved corruption or provided anyone with an undue benefit.

The President’s Office said that Maldives Police Service and ACC were instructed to investigate the case as a matter of high priority.

“The government provided access to all information needed for the investigation and provided its full cooperation to the commission,” said the President’s Office in its statement.

The President’s Office also said that all government officials suspected of involvement in the case were placed under suspension for the duration of the investigation in order to facilitate a fair investigation.

The President’s Office said that the Prosecutor General and Attorney General are granted autonomy under the Constitution to provide them the opportunity to conduct prosecutions free from political influence and personal interest.

“As the Head of State, the President of the Republic is mandated under the Constitution to uphold such provisions declared on the Constitution and protect the rights of all,” reads the statement.

The President’s Office said President Ibrahim Mohamed Solih provides assurance he will do everything necessary in order to ensure work by relevant institutions to uphold and ascertain the rights of the people is conduct free from all influence and with independence and autonomy.