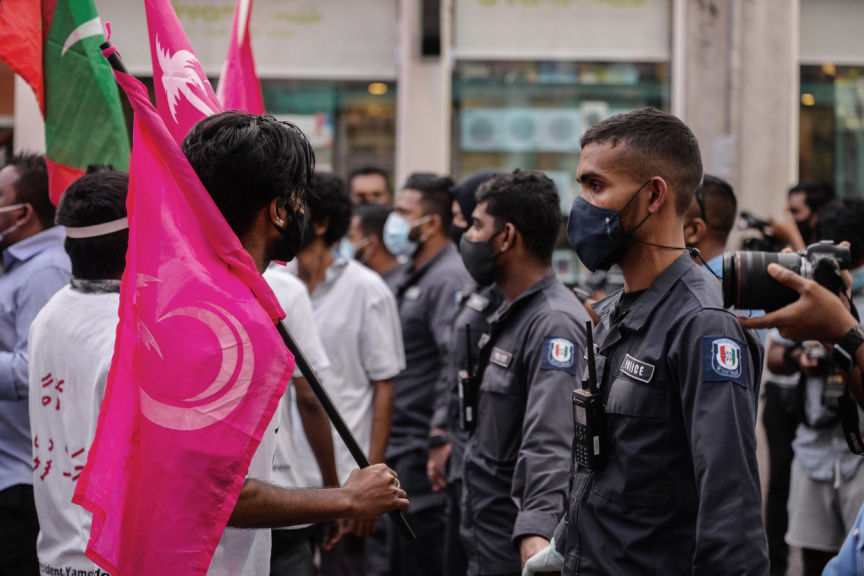 Opposition party PPM has been fined by MVR 75,000 for protests held in the capital on February 12 under the banner “Where is my flat?”.

The Elections Commission (EC) notified the party to respond to the complaints regarding the party and the protests on February 22.

EC Chairman Ahmed Shareef said that the Commission had moved to reject the objections made in response by the party and to fine the party by MVR 75,000 for violating the laws related to political parties.

Shareef said that it was evident that the activity carried out by the party was in violation of the laws and that the party had failed to respond to the questions posed by the EC regarding the protests.

“Useless, there was no legal basis for what said,” said Shareef who added that the legal team of the EC had determined the answer by PPM as invalid.

PPM-PNC which form the opposition coalition of parties were fined by the same figure last August as well.

The protests by the opposition come at a time when the nation is experiencing high numbers of COVID-19 cases. The caseload has led the authorities to place restrictive measures on the capital such as a ban on public gatherings, which the political parties have breached on multiple occasions.

Zahid resigns in face of concern from Parliament