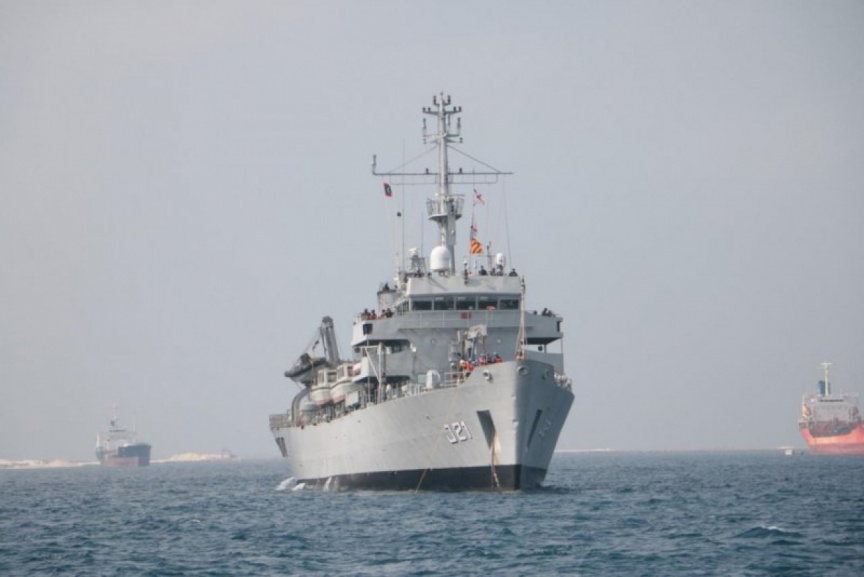 India's INS Dharshak in Maldives to conduct a hydrographic survey.

Maldives has successfully concluded a hydrographic survey conducted with support from the Indian Navy to update the chart of a large area in northern Maldives.

India’s INS Dharshak arrived in Maldives for the survey on January 31. The ship concluded the voyage it began to conduct the survey on February 4 this Sunday. The survey was conducted to draw a modern chart of Kulhudhuffushi region, and collect the necessary information to facilitate travel and anchorage of international vessels in the region.

The survey was conducted under Memorandum of Understanding in Hydrography signed between Maldives and India during Indian Prime Minister Narendra Modi’s official visit to Maldives in June 2019. More surveys are expected to be conducted under the MoU.

In a press conference to mark the completion of the survey on Sunday, Maldives National Defense Force (MNDF) Coastguard’s senior officials said that Maldives will begin using charts drawn based on information collected from the survey in the end of this year.

Lieutenant Colonel Ahmed Fathih said the survey will equip ships travelling in the region with information regarding the depth of the water in the area, and dangers in the seabed, if they exist.

Indian High Commission in Male’ said in statement that INS Dharshak surveyed a 423 square meter area from HDh. Hirinaidhoo to HDh. Kumudhoo, and that the survey will allow for a detailed chart of the Kulhudhuffushi port, anchorage, and the surrounding area.

Such a survey in the region was last conducted in 1835. Information collected in the survey is being used to this day.

Indian High Commission described the new survey as the foundation to the efforts to make Kulhudhuffushi an international transshipment port.

“This new survey conducted by Maldives and India will facilitate navigation in the region, and lay the foundation for the work to make Kulhudhuffushi an international port,” said the Indian High Commission in their statement.

“An area outside of Kulhudhuffushi has been found free from any underwater obstructions suitable for large international ships to harbor in and use as an anchorage.”

INS Dharshak also surveyed an approximately 4,068 square meter area from South Thiladhunmathi to North Miladhunmadulu, which will allow for a small-scale chart to be drawn to identity more channels and lagoons in northern Maldives.

Vehicles gifted by India handed over to Corrections