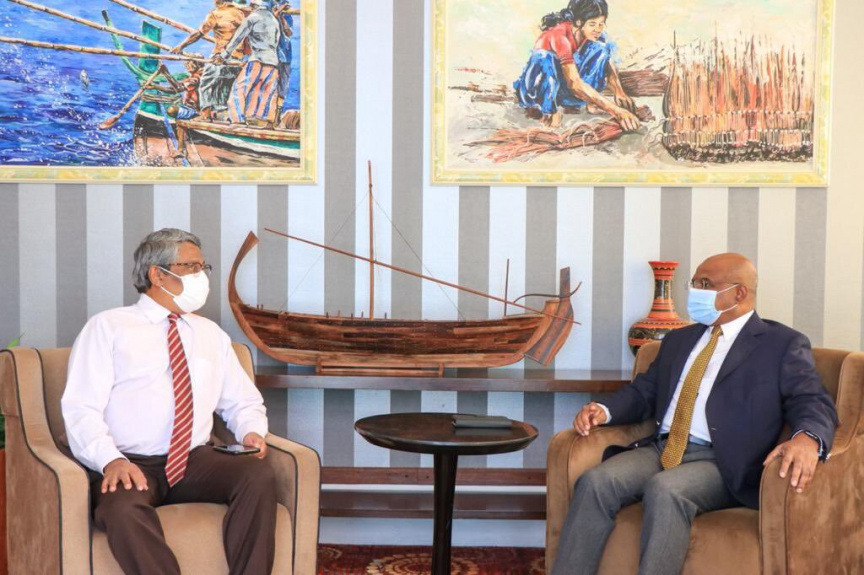 Foreign Minister Abdulla Shahid (R) converses with State Minister for Foreign Affairs Ahmed Khaleel (L) at the Velana International Airport on March 11, 2021 prior to his departure to India. (Photo/Foreign Ministry)

Maldivian Foreign Minister Abdulla Shahid departed to India on Thursday morning on an official visit to participate in the India Today Conclave – South.

The India Today Conclave – South, which started in 2017, explores the socioeconomic potential of southern India and the role it plays in India’s overall progress as a nation.

According to the Maldivian Foreign Ministry, Shahid is scheduled to speak at a session titled, “Neighborhood Navigation: The Common Water: Old Ties, New Strategies”.

In a tweet announcing his departure to India to attend the India Today Conclave – South, Shahid said he was “looking forward to interesting conversations and perspectives.”

The fourth edition of India Today Conclave - South will be held in Chennai, and will gather a number of speakers, who will be offering their perspectives and helping to make sense of the fast-changing sociopolitical developments in the region.