Authorities extend vehicle ban on capital from 18:00 to 6:00 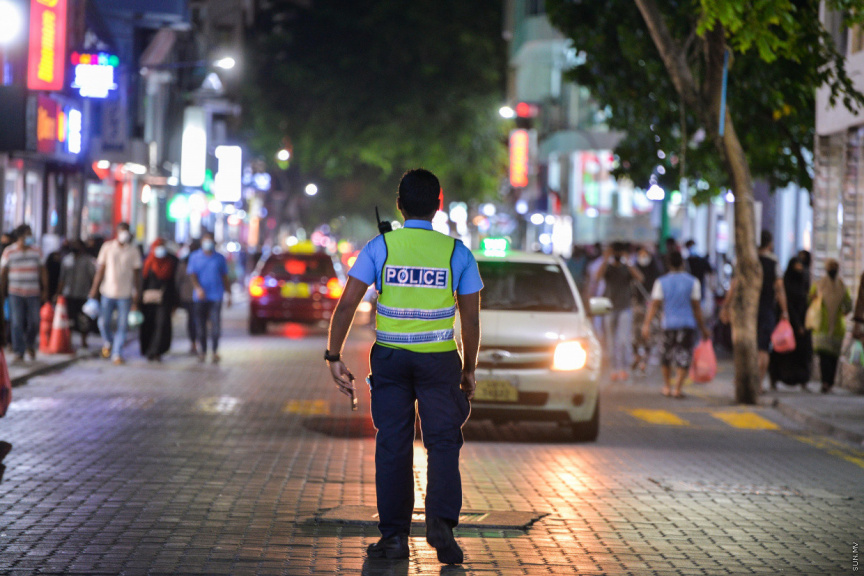 A traffic police officer on the streets of Male' City. (Sun Photo/Fayaz Moosa)

Authorities in the capital Male’ City of the Maldives have imposed a ban on driving vehicles from 18:00 to 6:00, as part of measures to curb the spread of COVID-19.

A signed order by the Director-General of Public Health issued a short while ago read that the measures were imposed under powers granted to the Director through the law, effectively prohibiting the driving of vehicles in the congested capitals between the hours of 18:00 to 6:00. The entire nation is still under a state of public health emergency.

Exemptions to the ban on vehicles are extended to military personnel, ambulance services, situations of emergency medical service and individuals with a pass of the Health Emergency Operations Center.

The tightening of measures comes after previous measures in place failed to effectively curb the spread of the virus. Virus cases in the capital have skyrocketed since the turn of the year.

The Maldives confirmed 186 cases of the virus yesterday alone. A total of 17,387 cases have been confirmed in total with 56 deaths. Currently, more than 2,000 cases are active with 211 hospitalized.